What impact does the return of the Taliban to power in Afghanistan have on the west? 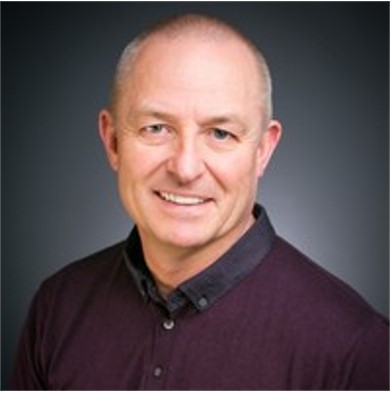 The return of the Taliban to power in Afghanistan followed the withdrawal of the remaining US and British troops operating under the NATO banner. The US started their recent withdrawal in May and left the Bagram Airfield on 6th of July. A month later, by the 8th of August the provincial capitals of Taloqan, Are-e-Pul and Kunduz had fallen. A week later on the 13th Kandahar fell and after President Ashraf Ghani left the country the capital Kabul fell on the 15th.

This sudden take over by the Taliban, with much of the country falling within two weeks, developed more quickly than some predicted along with very little resistance provided by the leaders and the Afghan National Army. This lack of resistance comes despite the US and their allies spending significant sums of money and time training and equipping them to be able to stand alone. The situation within the country is likely to develop rapidly over the coming days and weeks with the potential return of conflict between the Taliban and regional warlords or the Northern Alliance. The speed and ease with which they managed to control a significant number of provinces could however imply that alliances and deals have already been formed, possibly even before the final withdrawal of foreign troops.

There have been many articles and discussions over the years about the extent to which Afghanistan and the Taliban have been supplied, funded and influenced by neighbouring countries. Two of those Iran and Pakistan have complex relationships with the west, raising significant questions as to how they viewed the presence of Western troops in Afghanistan. Caution should always be taken when mentioning the approach of a country as this is often far more complex than at first thought. Politics, the need for support and the presence of different factions always exist, so in most countries, there are opposites of opinion and approach as well as lots of different shades of each.

Let us not forget the stated reason that the US and its allies launched Operation Enduring Freedom. The invasion of Afghanistan was a combined attack on both al Qaeda and the Taliban, predominantly designed to prevent terrorist groups from using the country as a base and training ground from which to attack the west.

So, what does this mean for the west?

It is obviously far too early to say categorically what the impact will be, and crucially what is missing is an understanding of the way that Taliban leaders view the situation.

Is the leadership of the Taliban conscious of creating an environment that may lead to another attack by the US and its allies, or do they now believe that they have triumphed and the west, its politicians and people have no stomach for a repeat?  Do they want to raise the stakes and force the hand of the west to see what happens, almost daring the US and others to act, or will they instead take a less confrontational approach?

It would be quite possible for them to mouth platitudes, state that terrorism has no place amongst a country governed by the Taliban while doing the complete opposite. That would make it very hard for politicians in the west to persuade their voters that another invasion now or at some time in the future with the inevitable financial and human costs that would entail would be worthwhile.

Does this provide the opportunity for every potential Islamist terrorist all the way from the jihadist leader to the isolated individual living in a western suburb to believe that “God is great” and that the west is indeed the great Satan? Surely the proof that the Taliban triumphed despite the money and resources of the west is proof that their jihad is justified.

One option the Taliban could take would be to continue to use their Pashtun links across the border with Pakistan to not only train and equip Islamist terrorists but to then send them to seek revenge for the invasion of their homeland.  The inevitable exodus of people from the country following the return to power of the Taliban could provide the perfect cover for Islamist terrorism to spread across the world. These individuals could either be sleepers activated by some kind of command structure in the future or simply “lone wolves” who act completely individually, isolated from any official or semi-official command structure. The recent focus on the rights of women in a state run under strict fundamentalist Sharia laws means that women, in particular, may be seen by countries offering refuge as deserving cases and could escape under the radar of the security services and any vetting process.

Despite the very public disputes between IS and Al-Qaeda, those who sympathised with IS went as fighters to support the caliphate or as Jihadi brides and have now returned to be able to link up with any potential terrorists from Afghanistan. This could be in some form of loose jihadist network in the west. We have seen repeatedly in recent years the impact that unsophisticated, simplistic, unsupported, lone wolf attacks have had. If this was enhanced by some kind of support, even loose support by a country’s leadership and possibly the intelligence services of sympathetic states, then this could lead to significant potential for increased attacks and disruption.

The impact either on or by local countries could also become significant. There is an assumption that Pakistan’s intelligence and security services use Afghanistan as a geostrategic tool in its battle with India, but the return of the Taliban could cause significant problems within Pakistan itself in the form of a resurgent Tehrik-e-Taliban, further destabilising the region. It should not be forgotten that Pakistan has some level of nuclear capability and can’t enforce the border region of Afghanistan while also looking towards India. A destabilised or failed Pakistan is I believe the nightmare scenario for the not only the west but many of its neighbours.

This time around it would appear the Taliban have also forged links with the Chinese. The depth and reasoning behind this may not become apparent for some time. China would, at first sight, seem to be a strange friend to the Taliban. The ongoing issues China faces internally with its Uighur Muslim community can’t have gone unnoticed by the leadership of the Taliban. However, the Taliban’s promise to no longer allow China’s Uyghur separatist fighters from Xinjiang, some of whom had previously sought refuge in Afghanistan, to enter the country could be a significant incentive for cooperation.

The power behind a country’s deterrent, the view of their armed forces, is not simply the size and funding but the likelihood that they will be utilised.

What will be the reaction of the public in the west if they start to see daily news reports of revenge killings and the targeting of women? Many people worked not only as interpreters but in the army, education and support of the government. Will there be a determination to seek these out and deliver punishment? In recent years, particularly in Kabul, there were many women who became known for standing out either as politicians or working as judges and reporters. Girls attended school and then went on to university but the normal approach to education under the Taliban is that girls, if they attend education at all, stop once they reach the age of 10 or 11. Will persecution or punishment of these women be forthcoming and how will that be reported across the west

Will the seeming failure of the mission in Afghanistan result in a period where politicians, fearful of the public backlash, become too scared to use the military? The war in Vietnam was a public relations disaster for the United States. It looks likely Afghanistan will follow suit.

July 2, 2022
Last week, Russian President Vladimir Putin called on BRICS leaders to cooperate in the face of selfish acts from the West. BRIC countries is an investing concept for the four…

June 24, 2022
At the end of last month, Turkish President Recep Tayyip Erdogan stated that his country would soon launch a new military operation into northern Syria which he said would target…