Cimate Change. Brussels, Belgium. NATO is facing a battle against global warming. NATO member states’ militaries have long been aware that climate change will have huge security implications. By committing to eliminate net CO2 emissions by 2050, NATO member states set themselves on a pathway to deliver on the Paris Agreement’s objectives, limiting global warming to 1.5 degrees Celsius (34.7°F). Germany has its first carbon-neutral barracks, producing energy almost exclusively from geothermal and solar panels. The Dutch military can use solar panels instead of diesel generators during operations. Some NATO allies are integrating climate prediction models into military missions.

Iran Nuclear Deal. Vienna, Austria. Iran, Russia, China, France, Britain, Germany and the European Union resumed talks in Vienna on May 12th, in order to revive the 2015 Iran nuclear deal. EU foreign policy official Enrique Mora is leading the negotiations. Amid presidential elections, Iran is not in a hurry to sign a new deal with the US and the EU. Washington is looking to restore diplomatic consensus, while Berlin and Paris also have economic reasons to return to Tehran.

Cybersecurity. Russia stands ready to extradite cybercriminals, if the US is willing to do the same. President Vladimir Putin says Russia stands ready to hand over cybercriminals to the United States if the two powers reached an agreement to that effect. Putin underlined that cybersecurity is one of the most important challenges, along with a New START agreement. An agreement on cyberdefense detterence would be a huge relief for Silicon Valley lobbyists given the scope and scale of cyberattacks over the 2018-2020 period.

Turkish Drones. Ankara, Turkey. Turkey’s political and military decision-makers see unmanned military systems and robotic warfare as “an opportunity to pioneer [the country’s] next geopolitical breakthrough. Drones built in Turkey with affordable digital technology have wrecked tanks and other armored vehicles, as well as air-defense systems and are now seen as key for naval power as well. Turkey plans to convert an amphibious assault ship into a drone carrier, a project that raises operational and technical challenges for the Turkish navy.

Sahel region, West Africa. France’s military operation in the Sahel is coming to an end, according to President Macron. France has 5,100 soldiers deployed across the semi-arid strip on the southern edge of the Sahara Desert as part of its Operation Barkhane, whose headquarters are in the Chadian capital, N’Djamena. French forces focus on containing armed groups in Burkina Faso, Chad and the Niger. Last week, France suspended its joint military operations with Malian forces and stopped providing defence consulting following the country’s second coup over the last nine months.

Asmara, Eritrea. Eritrea’s foreign minister accuses the US administration of supporting the Tigray People’s Liberation Movement (TPLF) for the last 20 years, thereby sustaining a civil war. Eritrean forces have been accused of atrocities in Tigray, with the support of Ethiopian ground forces. Eritrea’s pressure on TPLF fighters is mounting as the military controls key infrastrancture and strategic points in the region. In some cases, Eritrean troops have been gihting alongside the government army forces in order to reclaim uncontrolled border regions. Both sides are aiming to end the regional conflict as soon as possible, in order to manage the humanitarian crisis. 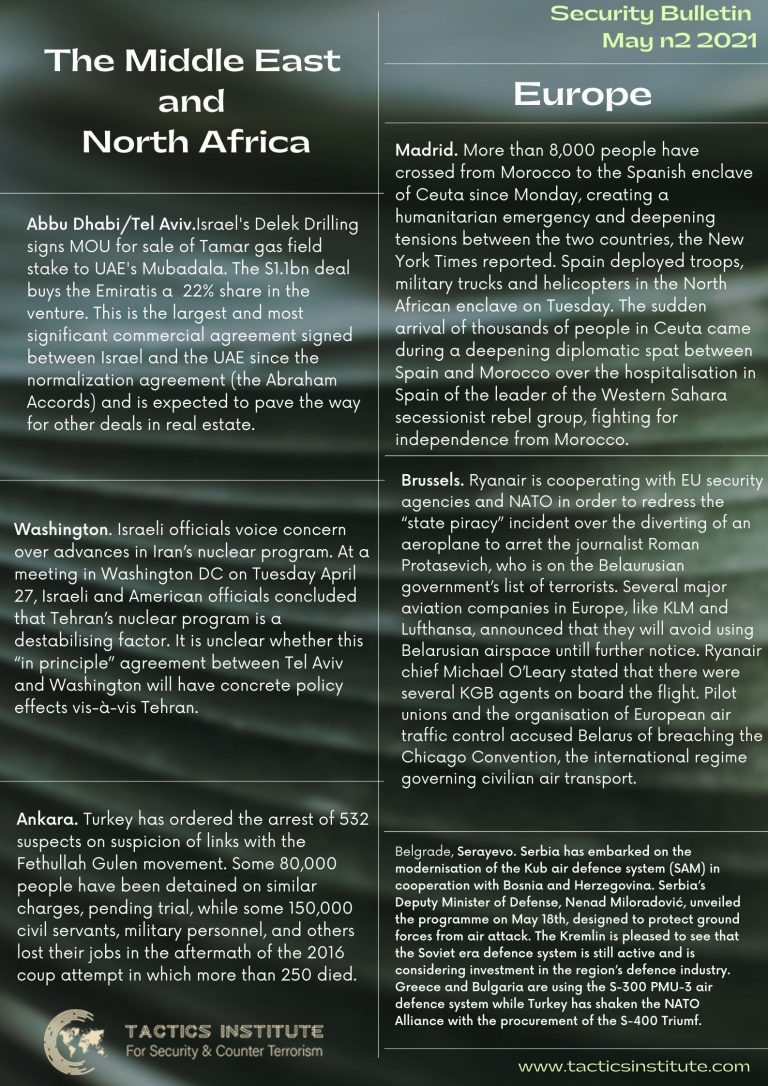 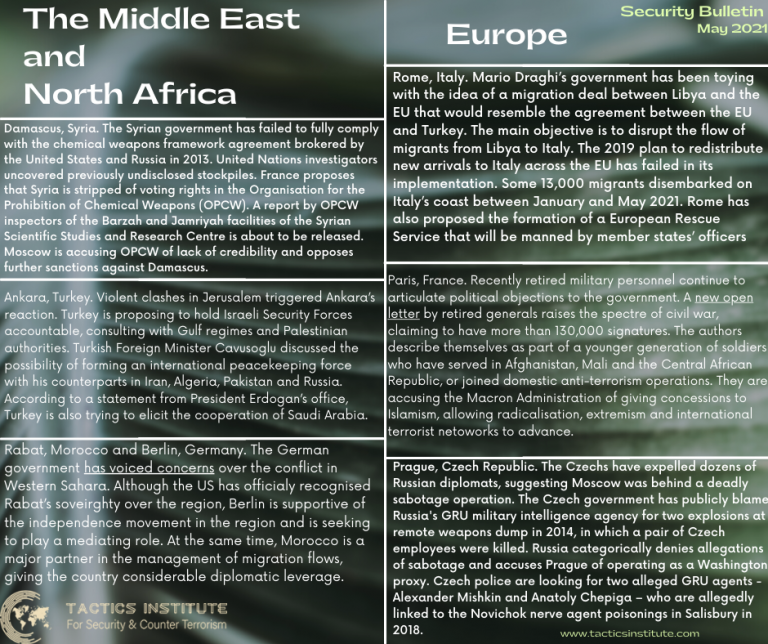