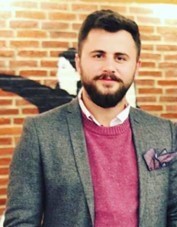 NATO’s tactical planning regarding Turkey is not informed by evolutions in the current strategic environment. For instance, the Turkish Army will be leading the NATO Response Force(NRF)’s Very High Readiness Joint Task Force (VJTF) in 2021. France provides the maritime component of VJTF and the Belgo-Danish-Dutch units contribute with special operations support (NRF, 2021). The first question is how interoperable the French and Turkish forces are at this point in time. A more important question is more broadly strategic.

Ankara is no longer convinced that NATO addresses “legitimate Turkish security concerns”, particularly when it comes to migration and terrorism. The incoming US administration has made clear in no uncertain terms that the interpersonal relationship between President Trump and President Erdogan was built at the expense of the Alliance. Turkey has developed a peripheral role in North Africa, the Middle East, the Caucasus and the Eastern Mediterranean that is not entirely conducive to what is understood as a “collective” security framework.

To understand Turkey’s positioning in the Euro-Atlantic community, Tactics Institute approached Omer Faruk Sen. Sen is a researcher at the University of Missouri whose work focuses on emerging powers, the surge of autocratic regimes and the Turkish political economy.

Angelos Kaskanis (AK). Even during the Trump Administration, Washington and Ankara did not see eye to eye on a number of issues. Are Turkey and the United States on the same page?

Omer Faruk Sen (OFS). The bilateral relations of the two countries could deteriorate further in 2021. In the coming weeks, the two administrations may try to give the impression that they are open to cooperation, but I think that underlying issues will surface soon, and the relations will deteriorate rapidly.

First, Erdogan’s priority is to shield his domestic affairs from any sort of American interference. In that regard, he was happy with Trump’s unwillingness to address the human rights violations and democratic backsliding in Turkey. However, the Biden administration is highly likely to put these violations on the negotiating table. Hurting Erdogan’s domestic leverage may wreak havoc on political ties between the two countries. As I have said, this is a must for Erdoğan.

Second, there are many issues that were not consequential for the US-Turkey relations but seem to be so in the Biden era. For example, Biden’s team seems willing to expand CAATSA sanctions on Turkey over the purchase of the S-400 air defence missile system from Russia.

The Halkbank case is another headache for Erdoğan. The U.S. may get one step closer to official recognition of the Armenian Genocide, as Biden vowed earlier last year. In a nutshell, I do not see a bright future for the two NATO allies.

AK. Is it accurate to say that Turkey is shifting from a Euro-Atlantic to a Eurasian worldview?

OFS. As Turkey’s interests in the EU has waned over the last decade and its relations with the US were jeopardised during the later phases of the Syrian Civil War, and especially after the 15th of July coup attempt in 2016, the AKP government gradually moved Turkey away from the Trans-Atlantic partnership, exploring alternatives. Countries like China, Russia, and Qatar are at the forefront of this quest.

Erdoğan once said, “If we get into the Shanghai Cooperation Organization (SCO), we will say good-bye to the European Union.” Moreover, Turkey purchased the Russian-made S-400 instead of the Patriot system. In recent years, China and Qatar are foul-weather friends, with Doha providing greater cheap liquidity for Turkish state investment projects. These sorts of international developments, coupled with AKP’s domestic coalition with nationalists who favour Eurasianism, led to the debates over an “axis shift” in Turkish foreign policy.

I think this suspicion is well-founded. However, given the fact that Turkey does not go along with Russia’s agenda on any front, there is a long way to go before Ankara institutionalises a “Eurasian perspective.” I think the AKP government is playing to the emerging international power vacuum and trying to gain leverage in its dealings vis-a-vis great powers rather than reformulating a completely new and well-thought-through foreign policy direction.

July 2, 2022
Last week, Russian President Vladimir Putin called on BRICS leaders to cooperate in the face of selfish acts from the West. BRIC countries is an investing concept for the four…

June 24, 2022
At the end of last month, Turkish President Recep Tayyip Erdogan stated that his country would soon launch a new military operation into northern Syria which he said would target…