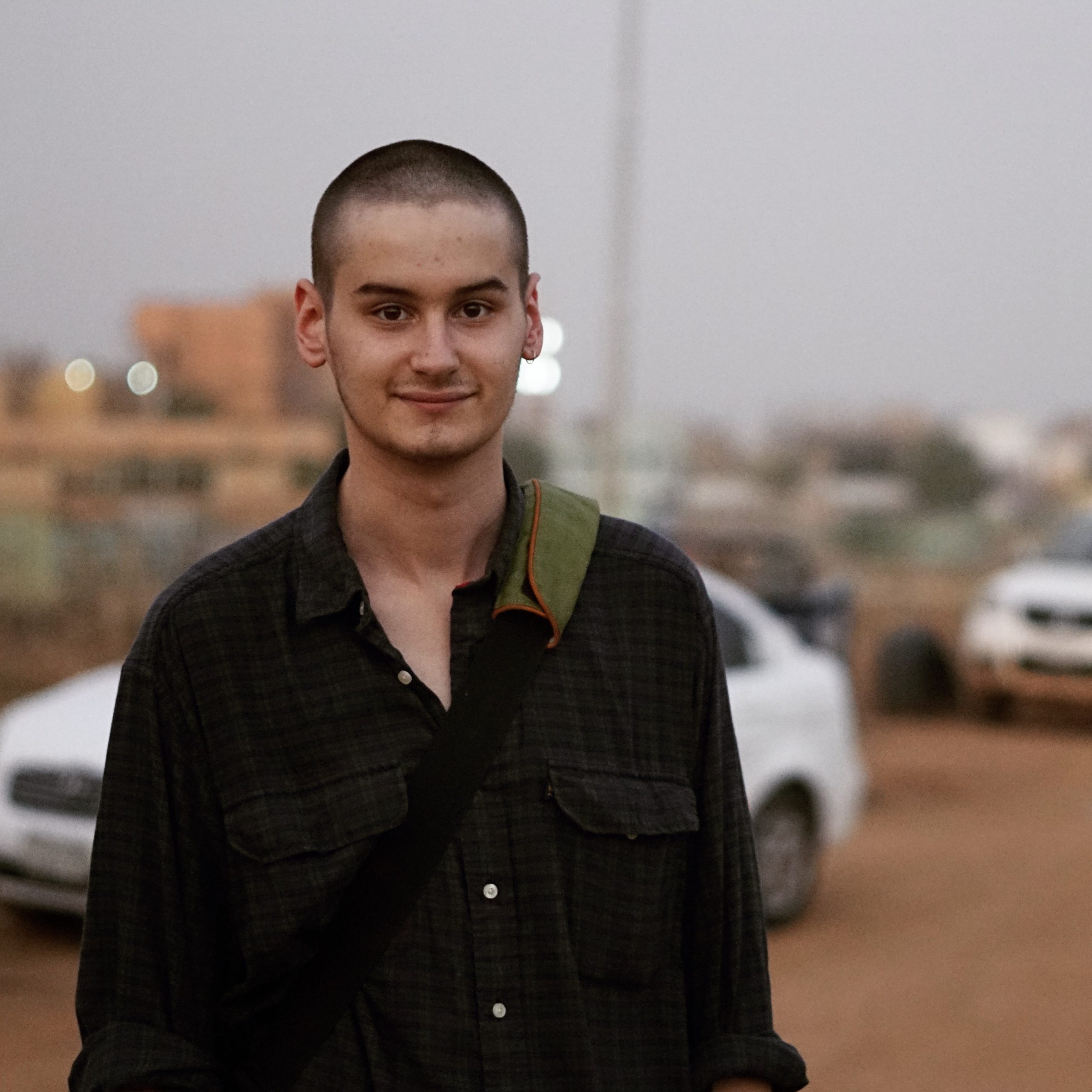 After almost a year of intermittent peace, widespread political violence has returned to the Central African Republic (CAR) in the country’s most significant escalation of violence for several years. CAR soldiers, UN peacekeepers, Russian Wagner Group mercenaries and Rwandan troops have been fighting off ambushes and engaging in pitched battles for territory with a new rebel coalition, the Coalition of Patriots for Change (CPC), since mid-December. The trigger for this recent bout of conflict was the CAR Constitutional Court’s decision in early December to bar former president Francois Bozize from running in the December 27th elections, as he is currently under UN sanctions for alleged war crimes committed during his tenure from 2003 to 2013.

It was this decision that prompted Bozize to forge an informal alliance with rebel groups, who announced the CPC’s formation several days after the court’s decision was released. Bozize has denied any cooperation with the CPC, however, the UN has issued statements accusing him of backing the CPC, and the rebel coalition was announced the day after Bozize met with rebel leader Mahamat al-Khatim. Further evidence comes from Noureddine Adam, another rebel leader, who gave an interview in January in which he stated that Bozize is supporting the CPC. It is therefore highly likely that Bozize has formed a cooperative relationship with the CPC in a marriage of convenience: Bozize obtains an armed wing to his political struggle which he can use to pressure or topple the government, and the CPC get the potential for access to lucrative government positions and the chance to take economically valuable territory.

This coalition has been spurred on by incumbent Faustin-Archange Touadera’s victory in the December elections, where he took 53.9% of the vote. The CPC and other non-armed opposition groups have since called for a rerun, citing widespread voter disruption.

CPC attacks have predominantly targeted the capital Bangui and key towns along a highway connecting the city to Cameroon in the west. An initial advance on Bangui was halted by government and UN troops in late December, however, attacks on the city have continued. In January, the CPC significantly escalated the conflict, capturing Bouar and Bossembele in the west, and Boda, Damara and Mbaiki in the countryside around Bangui. As of February, these towns have returned to government control, but as key stations along the Cameroon-Bangui supply line, they remain vulnerable. Government and UN troops have also reported ambushes and one conducted near Bangassou in the south-east killed two UN peacekeepers on 18 January. Attacks have also been conducted on the towns of Bambari and Yaloke in the centre of the country.

These attacks have involved coordinated assaults by different collections of rebel fighters, deploying small arms, rocket-propelled grenades and mortars. Trucks delivering food supplies and aid along the highway, which accounts for 80% of the CAR’s imports, are currently facing severe difficulties entering the country and hundreds are stuck at the Cameroon-CAR border. Food prices have tripled as a result, a situation that could precipitate the collapse of the government as civilians turn to rebel groups for access to supplies.

Since independence from France in 1960, the CAR has experienced a sequence of military coups and armed rebellions and has been characterised by widespread disorder; a fragmented security environment; multiple competing centres of power; ethnic and religious tensions; regional and international proxy warfare; and deleterious socio-economic conditions.

In 2003, Francois Bozizie ousted incumbent Ange-Felix Patasse, sparking a war that lasted until a peace agreement was signed in 2007. Bozize was subsequently toppled in a rebellion led by Seleka rebels, a Muslim-majority group led by Michael Djotidia, who became president after a power-sharing agreement between him and Bozize failed and Seleka rebels captured the capital.  He ostensibly sought to reverse a legacy of southern privilege over the northern regions, however, the conflict from 2013 had spawned a network of armed groups drawn along ethnic lines. The Seleka rebels were opposed predominantly by the anti-Balaka, an umbrella term for majority-Christian self-defence groups formed ostensibly to fight against Seleka predation. Religious differences were not at the core of the conflict, which reflected a contest over access to the state and economic resources, however, civilians became locked into a spiralling pattern of violence between ethnic and religiously differentiated armed groups. In 2014, nearly 900,000 civilians were internally displaced and over 200,000 were seeking shelter in neighbouring states, figures which represent around 20% of the entire population.

The worsening national picture forced Michael Djotidia to resign in 2014. The then-Mayor of Bangui, Catherine Samba-Paza, then became interim president until her defeat in the 2015-16 elections by current incumbent Faustin-Archange Touadera. Under his rule, CAR has continued its descent into what American anti-corruption organisation The Sentry describes as “a breeding ground for transnational criminal networks”. The CAR state is absent from between 60% and 80% of the country and is reliant on extracting rents from foreign assistance programs, natural resources, and criminal activity. Violence is significantly demonopolized and spread across a multitude of state and non-state actors. The current rebel activity in 2021 reflects this context, and Bozize’s use of armed rebel violence in an attempt to gain power follows the historical pattern of political transitions in the CAR.

Political violence in the CAR is likely to destabilise neighbouring states, via the movement across borders of soldiers, arms and refugees. The presence of Rwandan and Russian troops, and the close involvement of France, adds a complicating, international dimension to the conflict.

Firstly, mercenaries and arms are likely to arrive from neighbouring countries. Chad is the most likely source, as the ex-Seleka rebel leadership is largely Chadian in origin, and the presence of Chadian troops has been regularly reported since the conflict began in 2013. It’s also likely that ex-Seleka fighters will move across northern borders into Chad and Darfur in Sudan, either for strategic or financial purposes. The conflict has already generated over 200,000 refugees and IDPs, 100,000 of whom have crossed the border into the DR Congo and are living in highly vulnerable camps. Other, smaller numbers of refugees have moved into Cameroon, Chad and the Republic of the Congo. Broadly speaking, the CAR, Chad, and Darfur in Sudan form a regional conflict zone within which political violence is endemic, and increasing violence in the CAR is highly likely fuel conflict in Chad and Sudan.

Russia has expanded its presence in the CAR since the two countries signed a military cooperation agreement in 2018. In 2021, this has seen Russia send military advisors, mercenaries in the Wagner Group (an ostensibly private military organisation run by a close Putin ally and which has fought on behalf of Russian foreign policy objectives in Syria and Libya), and armoured vehicles. These forces provide a significant boost to the government’s military strength and they have fought rebel groups in Bangui and Boali, at the very least. They most likely serve to protect Russian economic interests, and Lobaye Invest, a mining firm linked to Wagner Group, has been granted mineral concessions in the CAR.

As the historic colonial power, France has militarily intervened in the CAR seven times since independence, the most recent of which took place between 2013 and 2016. Although there are no French troops currently present, reports indicate that France has been conducting propaganda and disinformation campaigns against the Russian presence in the country. France maintains significant ties to the country and is opposed to the Touadera regime, however, it is unlikely to openly support armed rebels and an intervention remains doubtful whilst Touadera is in power and French troops are otherwise engaged across the Sahel region.

Rwanda has deployed several hundred soldiers in order to protect UN peacekeepers of Rwandan origin. They are currently engaged against CPC forces alongside the government, and further Rwandan deployments are possible.

Given this context, how is violence in the CAR likely to play out going forward? Part two analyses the CPC, arguing that it’s the motivations of this rebel alliance and its internal politics that will be the main factor in characterising the CAR conflict. Although the involvement of Russia has received lots of attention, it is actors native to the CAR who possess the strongest ability to conduct violence, and whose objectives will shape the contours of the conflict. Part two examines the composition of the CPC and the relationship between its different armed groups and Francois Bozizie, before using conflict incident data from 2013-2018 to suggest a tentative analysis of current events on the ground.