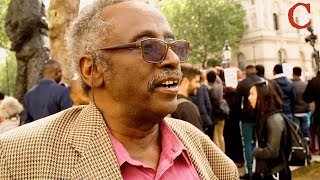 Two years after Sudan’s December 2018 revolution, the country faces security challenges and instability – from the far east to the far west Darfur region. This is despite what is called the military-civilian partnership and the reaching of a peace agreement in Juba with the Revolutionary Front (RF), one of the three main armed groups fighting the state’s military since 2003.

The main reason for the political anger among the Sudanese people is the economic policies of the transitional government that follow the prescription of the International Monetary Fund (IMF) and have increased the prices of necessities. By April 2021, inflation had reached a whopping 363%. But there are other issues that have led to growing discontent and mass demonstrations. The public remains frustrated by delays in bringing to justice those responsible for the 2019 massacre of 128 civilians at a peaceful sit-in outside of the army’s headquarters. In addition to this, the country has failed to establish a legislative assembly to hold the transitional government to account; it has also failed to carry out independent commissions that were supposed to supervise transitional justice. As such, the country appears no closer to holding a constitutional conference.

Furthermore, the civilian transitional government has come under intense pressure to rein in the power of the military following the death of two young people two people when they opened fire on peaceful protesters who gathered outside the Sudanese armed forces headquarters in Khartoum to mark the second anniversary of the deadly breakup of a pro-democracy sit-in held at the same spot. Yet, it appears the military is continuing to overstep its mandate.

These issues have led to a deep split in the Forces for Freedom and Change (FFC) – a wide political coalition – that led the December Revolution of 2018. The split has predictably weakened the coalition and the government and fed into further political instability, to the extent that some forces are now calling for the overthrow of the transitional government and the building of new alliances.

On top of this, political insecurity has spread throughout the different regions of Sudan. During the two years that the transitional government has been in power, there has been a resurgence in violence between tribes alongside attacks by armed militias on civilians and displaced people. War-torn Darfur has seen some of the worst incidents, with at least three occurring in the border town of El Geneina, the capital of Western Darfur State. Central and Southern Darfur states were subject to similar incidents, including the burning of villages.

What is worthy of note and considerable analysis is the phenomenon of violent conflicts in towns such as Kassala, Kadugli and Port Sudan. Violent conflicts are usually known among tribes in rural Sudan on land and between nomads and settled farmers or on power-sharing and seasonal nomads’ roads. Conflicts among ethnic groups in towns are new and largely reflect economic competition for jobs and services. The economic crisis and the decline of social services might bring up the question of who owns the town – a question never raised in urban Sudan before.

The military-civilian power-sharing arrangement laid out in the Constitutional Document, left out the question of restructuring and rebuilding the army and the security forces. After 30 years of military rule, it goes without saying that the very nature of the role of the army in a future democratic state needs to be transformed. Yet,  insecurity in the country is often leveraged by the military intentionally to justify the extension of their powers and to avoid any attempt at reform. Many observers point to the failure to implement the security arrangements reached in the Juba peace agreement with the RF. After UN/African Union forces withdrew from Darfur there was supposed to be a joint agreed force from the Sudanese Army and the RF forces; it is still not formed. The presence of three armed groups in the Sudan: the army, the Rapid Support Forces also known as the Janjaweed (a militia formed during Bashir’s regime to fight RF and accused of scorched earth policy in Darfur) and the RF forces has created a tinderbox situation where there is always a fear of potential conflict.

Moreover, there remains the destabilising presence of Islamists who remain active in their attempts to undermine the transitional government which they believe has veered the country away from a system steeped in Islamic Law to a more Western-friendly liberal democracy. These Islamist groups have accused the transitional government of instigating shortages in commodities, devaluing the local currency and inciting tribal conflicts; in reality, the situation is more complicated. The transitional government is largely responsible for the financial crisis, in part due to its slow decision-making processes and reacting to the fast-changing economic needs of the country, but they have also received very little support from the international community despite the country’s fragile economic situation and large financing need.

The future of the transitional period depends on the ability of the FFC’s multi-factional coalition to ensure stability and cooperation among political elites; the implementation of the remaining provisions of the Juba peace deal and a continued check on the power of the miltiary. This is no easy task to achieve, yet it remains the hope for many Sudanese citizens who believed the December 2018 revolution would bring change and a better future.