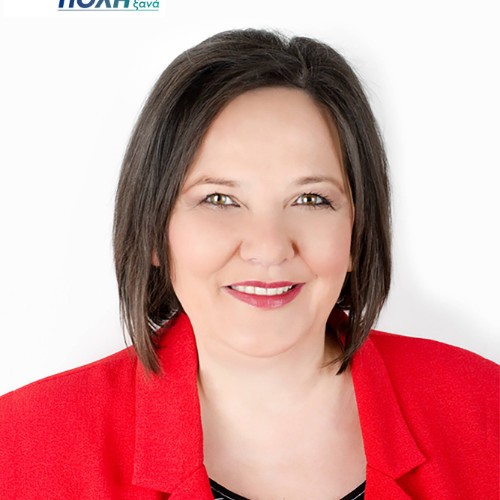 Turkey’s delayed reaction to the Coronavirus has created a “black hole” in its public health sector. Is it a mere delay in taking action or is it Turkey’s long-established tactic of using every opportunity to achieve geopolitical gains through fear and intimidation?

The Turkish leadership has once again opted initially for inaction and then for measures the international community did not consider sufficient. This should not come as a surprise. The Turkish leadership is, after all, internationally renowned for its “extortion diplomacy” tactics. In Greece and Cyprus, it exercises “hard power” with daily violations of the FIR and maritime boundaries, grey zones, invasion, colonization and illegal drilling and seismic activities. In Syria, it has done so with Operation Olive Branch (2018), Operation Peace Spring (2019) and the enforcement of a “safe zone”. It is quite clear that Turkey, through its aggressive behaviour – evident in both Greece and Cyprus, as well as in Syria – seems to be trying to create a space around it which it wants to control through the deconstruction of the states adjacent to its borders.

In addition to its traditional use of hard power, though, it is also engaging in tactical soft power and hybrid warfare, by using every tool available; the Turkish government has full control of the Turkish media, it has targeted the academic community for alleged ties with the Gulen movement and it is using Turkish soap operas as a vehicle for Turkish cultural and political propaganda.

Refugees are one of those tools of soft power, especially following the agreement it made with the EU on hosting some 4 million Syrians on Turkish soil.

Halis Tunc, former Turkish Naval Attaché in Athens, currently living in exile in the Netherlands following the failed coup attempt against Erdogan in 2016, is fully aware of the Turkish strategy that he pursued for years through his diplomatic post in Athens, explained to the German newspaper Die Welt that President Erdogan planned to use migrants as a means of pressuring Europe from the moment he agreed to host the four million Syrian refugees.

Despite Erdogan’s unfulfilled threats the previous years, on February 29 2020 those threats finally materialised, as immigrants were transferred to European borders. In just a few hours Turkey gathered thousands of immigrants at the land borders with Greece to the west of Istanbul, through a state-backed mechanism; the motive for this move was a Russian airstrike in northwest Syria the previous day, that resulted in the death of 33 Turkish soldiers.

Ankara however was merely following through on what the Turkish Interior Minister Suleyman Soylu stated in a meeting with the Greek Deputy Foreign Minister in October 2019, “I will send you 25,000 on Saturday, 50,000 on Sunday and 75,000 on Monday”, clearly describing Turkey’s intentions concerning the use of and subsequent weaponization of immigrants.

Greek government sources state that at the Greek-Turkish border in Evros between 06.00 AM on Saturday 29 February and 06:00 AM on Monday 16 March, 52,541 cases of illegal entry into the country were prevented and 410 people were arrested.

According to the former Turkish official Halis Tunc, the reason why president Erdogan sends migrants to Evros rather than to the Aegean is “to hit Greece and the EU with dramatic images of conflict that will go viral”. Halis Tunc goes as far as to accuse the Turkish president of committing crimes against humanity with his coordinated actions. “The Turkish president is trying, with his strategy in Evros, to blackmail Europeans for more money while he hopes to create, with their support, a safe zone in Syria near the Turkish-Syrian border”.

Erdogan’s logic seems to be based mainly on the dismantling of opponents without direct confrontation. Based on this, every tool available for this purpose is used. There is no need to attack the traditional concept of a state, or use a direct military threat; deconstruction is effective enough to achieve the necessary damage. As far as Greece is concerned, Erdogan’s aim through the weaponisation of immigrants is to create instability both to the state entity as well as its sovereignty in the Aegean Sea and in the territories adjacent to Turkey.

Especially in the case of Greece, this Turkish tactic also applies to the reinforcement of its power at sea as is evident by the large-scale naval exercises, “Mavi Vatan” (Blue Homeland – a reference to maritime sovereignty) it has conducted in recent years in the Aegean Sea.

Professor of Geopolitics at the Hellenic Military Academy, Kostas Grivas, reminds us that what is taking place at the Greek-Turkish border looks alarmingly similar to the “Marcha Verde” implemented by King Hassan II of Morocco in 1975 to conquer the Spanish Sahara. On November 6, 1975, 350,000 “civilians” marched unarmed “peacefully” into the Spanish Sahara, accompanied by some 20,000 troops, overthrowing the Spanish military forces who were ordered not to shoot against the “civilians”. As a result, Morocco succeeded in achieving its initial purpose and in the so-called Madrid Agreements of 14 November 1975 to divide Spanish Sahara with Mauritania.