Supplies of American Weapons to Ukraine 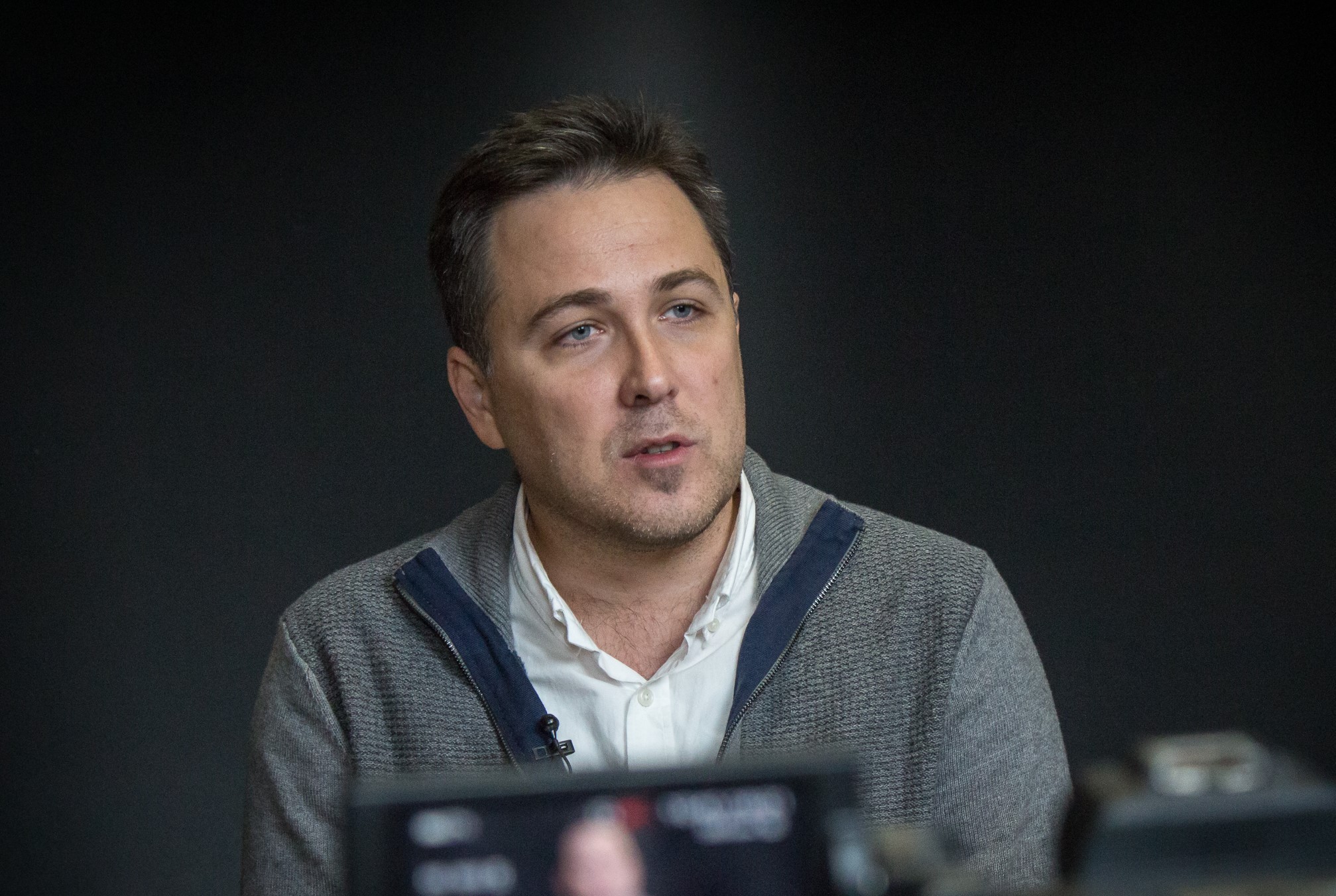 On March, 1st, 2018, supplies of FGM-148 Javelin anti-tank missiles to Ukraine have been approved by the State Department. The long awaited move was taken in Kyiv as a sign of American support in Ukraine’s war against Russian-backed separatists in the East of the country. Is that perception justified?

The story about American weapons supplies has been long. Already during previous administration there were numerous calls for a deeper US involvement into managing a conflict in the East of Ukraine, more in Kyiv, less in Washington D.C. President Obama was reluctant to approve weapons supplies to Ukraine for various reasons, most notably out of fear of conflict’s escalation. Russia’s actions were contained rather by sanctions than by arming Ukraine.

President Trump took a more resolute stance. $350 million for military assistance to Ukraine was allocated in the budget for 2018. A subsequent decision to approve a $47 million supply of FGM-148 Javelin missiles and a $41.5 million supply of Barret M107A1 sniper rifles in 2018 must have been uneasy. The numbers are not very high: the total value of exported American weapons worldwide was about $42 billion in 2017, while supplies to Israel, a top-receiver of American arms, surpassed $3 billion in total. But nevertheless that may be an important step forward. Along with bringing some immediate political, diplomatic, and military results, it poses questions over further steps and inevitably involves the so-called “patron’s dilemma”: the question of how far the US should engage into the conflict in Donbas.

The conflict, which already has taken away more than ten thousand of lives, is as far from the settlement as it was in 2015, when most intense military fights were over. The conflict itself is utilized by Russia for gaining more control over Ukraine, including for preventing country’s further move westward. As in a number of other post-Soviet republics, a frozen conflict in Ukraine is the Kremlin’s usual way of projecting its influence into neighboring countries. The conflict in Ukraine is the largest among them and is the most important for Russia and regional security. The US faces a tough question of how far it should go in containing Russia in Ukraine. Recent move on weapons supplies indicates that sanctions are no longer enough.

Supply of weapons is an effective instrument of containment. It is aimed at sending a signal for a target state that a further aggression would bring more risks and costs. Thus, supplies of weapons influence cost/benefit calculation of decision-makers, and given those decision-makers are rational, chances for further unwanted policy would go down. But that’s theory. Views differ on how and whether American weapons supplies would deter further Russian aggression against Ukraine.

The first thing to mention here is that the conflict has been in a frozen stance for about three years. Everyday artillery shelling in Donbas takes more lives annually than an average frozen conflict does, but still there are no massive tank offensives. Anti-tank missiles may be helpful in keeping the things at this level of escalation, but it is also likely that exactly this level suits the parties to the conflict. If that’s the case, Javelins won’t much influence the battlefield.

Secondly, weapons supplies may be viewed as an answer to the “arms or alliances” dilemma. Providing security assurances to client states is a more complicated and expensive strategy, than just delivering weapons. Ukraine has set NATO membership priority in its legislature, and at some point has also aimed at getting MNNA (Major Non-NATO Ally) status. Both options would at some point demand much more involvement from the US than weapons supplies. Short of an opportunity to get credible security guarantees, Ukraine gets weapons – better than nothing, but surely not enough. Especially when facing an adversary of Russia’s military strength.

Thirdly, Russia is in control in Donbas. In terms of military power Russia is about ten times stronger than Ukraine. As long as it’s actively involved in the conflict, there’s no way for Ukraine alone to outplay Moscow militarily. Even much more massive weapons supplies on regular basis would hardly make the conflict less asymmetric: there is always an option for the Kremlin to raise the bets by supplying more weapons to the self-proclaimed “DNR/LNR” or using its superiority in specific areas, first of all in air forces.

It has been a common wisdom for quite a long time, that there’s no military solution to the conflict. Making Russia disengage is the primary goal of any possible strategy. Supplies of American weapons should be rather viewed as a part of that. Presence of FGM-148 Javelins on the battlefield would definitely make it more expensive for separatists to launch massive tank operations. But there are ways of making supplies of weapons work better.

First, Ukraine should be armed in a way that makes further escalation less, but not more likely. Moscow controls level of violence in Donbas and indicated its determination to counter any possible move by Ukraine to suppress armed forces of the s-called “DNR/LNR”. Military exercises on a regular basis and concentration of military units along Ukrainian border send signals of Moscow’s readiness to further rely on military to strengthen its positions. Preserving military advantage is the core of Russia’s strategy in post-Soviet frozen conflicts. At the same time escalation would be expensive for Moscow. Its political impact would be minimal, while risks are numerous. It looks like Moscow would engage in military campaign only if it perceives core interests are at risk. As long as Moscow does not perceive weapons supplies to Ukraine as capable of shifting the balance, it is unlikely to raise the bets.

Here comes another important issue: to accurately measure volumes of weapons supplies in such a way that the price for military destabilization becomes unacceptable for Moscow, but at the same time those supplies are not seen by Russia as a factor capable to threaten its military superiority.

Secondly, types of weapons are important. So far Ukraine prefers to focus on defensive weapons, but wouldn’t it be better to diversify the menu? Defensive weapons enhance deterrence and prevent a receiving country from involving a supplier deeper into a conflict by launching an offensive with newly acquired arms. But on the other hand, this is the reason why supplying Ukraine with defensive weapons alone will not send a strong signal of its support to Moscow. A more diverse list of supplies would do a better job in deterring Russia.

Thirdly, continuous weapons supplies are much better than a single transfer. Providing Ukraine with Javelins would certainly signal some level of support from the US, but a much more effective strategy would rest on series of arms transfers, within a properly designed time framework or even without an expiry date. Unlike a single delivery of even a rather sophisticated and/or expensive weapon, systematic supplies are capable of becoming a powerful deterring instrument. They are generating expectations from both receiving state and its adversary, which lead to strategies adjustments. If Ukraine is to receive American weapons continuously, the strength of deterring signal to Moscow would be maximized.

That’s even more so, if no final date is specified. Moscow will have to take into account weapons supplies as part of a long-term US strategy, which even without dragging into the conflict will be aimed at securing Ukraine’s survival. In other words, such a strategy will make US more sided with Ukraine, but at the same time won’t run Washington into the risk of a tougher decision to provide security guarantees for Kyiv.

“Patron’s dilemma” will further influence American decisions over Ukraine. When facing a choice between providing arms, security guarantees, or both the US almost never chooses the latter. It is almost always either weapons or alliances. Weapons are less risky and easier. They provide some degree of control and ability to adjust response. Security guarantees, on the other hand, involve high possibility of involvement and credibility at stake. Ukraine’s strategic goal of joining NATO should not be replaced by supplies of weapons, no matter how numerous and long-term. We should keep in mind the future of European security, for which a well-armed Ukraine involved into a protracted conflict with Russia will be a much less good than a democratic and peaceful Ukraine in NATO.

Summing it up, ff the main idea behind American weapons supplies is to send signals to the Kremlin reaffirming strong commitment of US to deter a further escalation by Russia, there are some specific requirements to follow. First of them is that numbers matter: quantity of weapons is important.

Providing limited supplies or even one transfer is not enough. The more, the better, and that’s the case with deterrence of a strong adversary. Making arms supplies continuous, either till specific date or until a specific requirement is met, is even better. Turning them into an element of a long-term strategy would discourage further Russian aggression without entrapping US into the conflict.