The latest major report from Tactics Institute is available to download here.

It sounds the alarm over a potential race to the bottom when the Brexit transitional agreements come to an end, in which London could become a centre for “dirty” money from criminal and terrorist-related activity.

The report considers the dangers of cutting regulation, becoming less transparent and getting hooked on attracting foreign money. Such action might have short term “superficial benefits,” but would leave London open to becoming a haven for money laundering and undermine security.

The report’s authors which include writer Dominic Dudley,  who is a member of the Royal Institute of International Affairs (Chatham House) and the Royal United Services Institute (RUSI), Dr Anna Damaskou, from Queen Mary University and Dr Angelos Kaskanis, from the Democritus University of Thrace, bolster their arguments by highlighting the current situation amongst Gulf states. In particular, they highlight the United Arab Emirates, which in January 2019 was labelled a “money laundering paradise, where the corrupt and other criminals can go to buy luxurious property with no restrictions”, by anti-corruption group Transparency International.

The authors blame the lack of transparency and oversight, rapid economic growth, a booming property market and regulation-free ports for making the country a “safe haven” for the proceeds of illegal arms sales, drug smuggling, people trafficking and terrorism.

“As highlighted in the House of Commons report, there have been ongoing concerns that the [economic] success of the UAE has been founded as a centre for money laundering by terrorist groups and organised crime,” it says.

“The US State Department’s 2018 report noted that the UAE was a regional and international station for the movement of terrorist organisations and that the UAE’s operational capabilities and political considerations hindered the freezing and confiscation of terrorist assets. The report alleged that the exploitation of illegal financial systems in the UAE is of great concern and made it difficult to enforce UN sanctions on the organisations Islamic State (Isil) and Al Qaeda. The previous year the US State Department had revealed that UAE financial institutions were involved in cash transactions involving large amounts of proceeds from international drug trafficking. It identified the UAE as one of the “leading countries for money laundering”.

The report blames the lack of regulation, transparency and oversight for these problems. These it argues have been confounded by a failure of the EU to apply pressure on the Emiratis due to internal opposition and factionalism. It names Italy and Estonia as the main roadblocks to reform and criticizes both for scuppering the so-called blacklist of non-cooperative tax jurisdictions.

It goes on: “Through the Bank of England, Financial Services Regulation Authority, HMRC and other institutions, Britain has by far the most advanced regulatory system within Europe which has underpinned the success of the City of London as one of the world’s preeminent financial centres. Even with this mature model in place, there are concerns that Brexit will make Britain a centre for money laundering.

“Once the transition period ends on 31 December 2020, the UK will be free to set its own rules without reference to the EU unless some sort of agreement is put in place to limit the scope of regulatory divergence. As things stand, Boris Johnson’s government has signalled that it wants Britain to be entirely free to make its own rules.

“The scenario in which negotiations do not reach a consensus does raise concerns about a follow-up race to the bottom in terms of financial services regulations and dealing with jurisdictions outside Europe, in particular tax havens like Dubai. As noted already in this report, the Financial Times has on more than one occasion carried reports raising the concern that the City of London could become a money-laundering capital after Brexit. The main argument is that a wave of deregulation could provide a short-term boost to growth, which is a superficially attractive prospect. However, the effectiveness of the City of London as a world-leading financial centre is based on its clear rules and regulations as well as mature and competent agencies to police it.”

The report says that due to London’s significance as one of the world’s leading financial centres, it must continue to work closely with the rest of the EU. It argues that this cooperation should include the naming and shaming of countries that are engaged in money laundering, the financing of terrorism and contributing to the anti-money laundering (AML) and countering financing of terrorism (CFT) lists.

The report’s authors believe this will mean more integration of the regulatory systems in the EU 27, as the current patchwork has held back both the reporting on countries engaged in money laundering and sanctions. It also warns that a number of member states do not have the resources, or institutions to ensure regulatory oversight. It goes on to name Cyprus, Malta, Latvia, Estonia and Luxembourg as states which lack adequate regulatory oversight and of having a financial system that “has an overwhelming grip over their governance structures”.

It concludes by laying out a series of recommendations including:

Report author Dr Kaskanis commented: “Following the financial crisis, the thirst of financial institutions in the UK and the Eurozone for bigger profit margins is understandable, particularly against the background of historically low-interest rates. However, the danger is that the deregulation of the financial system calls into question the stability and integrity of the global financial system, further eroding the tax base of countries seeking to recover and bolstering the capacity of non-state organised crime and terrorist actors.”

The report can be downloaded below. 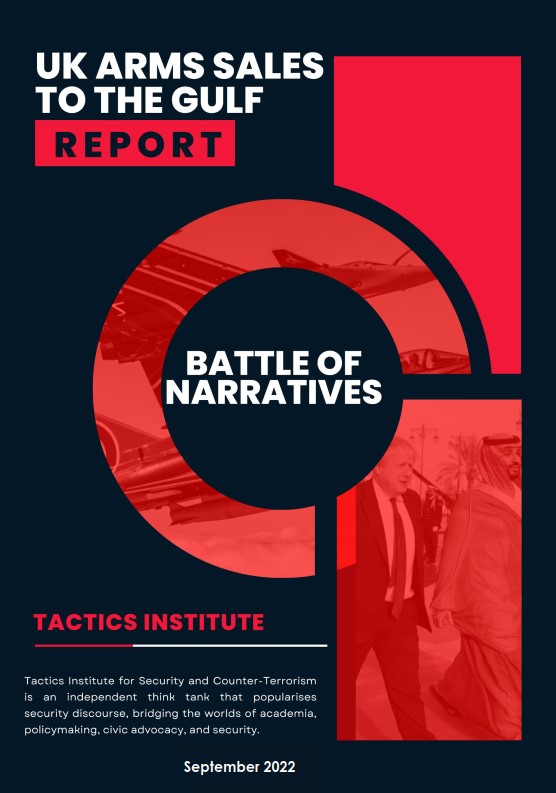