The Euro-Atlantic divide over Iran and the UK dilemma 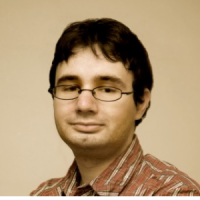 For quite some time, the JCPOA (Joint Comprehensive Plan of Action) – popularly known as the Iranian nuclear deal – has been in a twilight zone – neither dead nor completely alive. The ending of the agreement by the U.S. administration was a bitter pill to swallow for Europe. It pushed the main players on the old continent to find alternative ways to save it. But such a fundamental disagreement complicates transatlantic relations.

In May 2018, after a long and agonising internal debate (in which key cabinet appointees like Jim Mattis held the line for a time), the Trump Administration announced its withdrawal from the JCPOA and the immediate initiation of a maximum pressure campaign designed to bring the Iranian regime back to the negotiation table. In the search for “a better deal” (one that goes beyond the strictly nuclear dimension, tackling also the broader 'rogue' behavior of Tehran in the Middle East), the move was the embodiment of a core electoral promise of Donald Trump. The theory of the administration behind what in reality was a comprehensive strategic suasion campaign rested on the concerted leveraging of multiple tools – economic, diplomatic, military – including harsh targeted sanctions that effectively ended up decoupling Iran from the global economic architecture.

The overall purpose of the new policy was to radically constrain the financial resources available to the regime and force a major restructure in its regional behavior. For the critics in the Trump Administration, the Obama deal was perceived as expedient for a temporary nuclear freeze that unleashed the necessary resources and gave the Iranian regime the window of opportunity to reshape the region in its image. Before and after 2015 (the year the JCPOA was signed) the Iranian regional strategy remained consistent – that of building and consolidating a Shiite 'Axis of Resistance', extending from the Gulf of Oman through Iraq, Syria, and Lebanon to the eastern shores of the Mediterranean Sea. Under general Soleimani’s leadership, the Quds Force (the IRGC’s special operation forces) became the empowerer/reinforcer and the arsenal behind an insurgent archipelago of militias and proxy forces spread all over Levant that bears no small responsibility for inflaming the tide of regional sectarianisation (including by supporting the survival of the Assad regime or subverting the post surge Iraq). It is a strategic culture deeply embedded in the Iranian mindset that will likely survive beyond the IRGC commander-general Soleimani.

Today, almost two years later, the economic reality in Iran looks dire: with an economy in full recession and steep decline, oil exports have plummeted while the loss in revenue is close to $50 billion – staggering numbers reflecting a national budget highly dependent on oil (around 30%). It is a snapshot of an ecosystem ripe for societal unrest that should force the regime to be more inward-focused and more concerned about its domestic survival. The current COVID-19 crisis affecting Iran is only amplifying such critical domestic trend-lines.

Tehran responded to the US maximum pressure posture with its own version of an incrementally escalate to de-escalate campaign. Internally, over the past year, Iran has been breaching the JCPOA framework one step at a time, peeling it layer by layer. The Iranian regime started to sequentially dismantle some of the fundamental caps negotiated with the international community under the 2015 agreement including the limits on stockpiles of enriched uranium and heavy water, the threshold on enriching uranium, the commitments on the R&D while discarding any operational restrictions in January 2020, immediately after the killing of Qassim Soleimani. The experts estimate that in aggregate, the effect of all these disparate steps will end up “eroding the 12 month breakout time – the time to produce enough nuclear material for one bomb.” On the regional stage, the Iranian regime accelerated a series of attacks with the aim of disrupting the oil flow in the Middle East by seizing foreign tanks or targeting critical energy infrastructure (the most iconic remains the one against Saudi oil facilities using drones and cruise missiles last September).

Meanwhile the European guarantors of the treaty (U.K., France and Germany) took a very different approach to Washington. They tried to preserve the whole process and keep it afloat through INSTEX, an offsetting mechanism designed to bypass US sanctions and allow some trading, asking in return for Iran to keep its commitments and remain within the technical boundaries of the 2015 framework. Overall, it remains highly unlikely that Europe will be successful in this endeavor. The abandonment of the JCPOA by the Trump administration produced a lot of grievances and resentment in Europe. Especially for those arch-multilateralist states that tend to read international politics primarily through predominantly normative and legalistic lenses rather than complementing it with a more nuanced geopolitical understanding.

There is also something else at play here. In itself the JCPOA was a signature statement about European foreign policy identity, about its credibility and prestige to deliver and have a big impact in the international arena. “We in Europe tend to view the Iran deal as intrinsically important, not just in the sense of curbing Iran’s nuclear ambitions, but also as being important for the EU's foreign policy identity. It is one of the first and biggest real successes of our foreign policy where we led the way. In the story that we tell about ourselves in Europe, it was the deal where we finally came to a point where we became a real foreign policy power and a real actor. For this deal to be symbolically destroyed by President Trump was taken very personally here in Europe”, said Tomáš Valášek, a former director of Carnegie Europe.

But can the transatlantic alliance afford to preserve such a strategic dissonance? And if so, for how long? Day by day, the whole Iranian issue, is becoming some sort of a “bleeding ulcer” for the transatlantic relationship, especially considering the broader implications of the immediate geopolitical climate, one increasingly shaped by the return of old fashioned revisionism and great power rivalries. The current path remains politically unsustainable. In a time of intensive, across the board, great power competition, the transatlantic alliance – as the political embodiment of the West – hardly has the luxury to be divided and operate bipolarly.

In practice, a good first step in a potential reconciliatory choreography should be the unification of the two maritime operations currently patrolling the Persian Gulf: one initiated by the U.S. CENTCOM and now led by the U.K. (reuniting also Albania, Australia, Bahrain, Saudi Arabia and the United Arab Emirates) and the other built around France as the expression of the so-called European Maritime Awareness in the Strait of Hormuz anchored in the French naval base in Abu Dhabi. In the end, both were conceived with the same purpose in mind (to protect a strategic maritime artery of the global economy) and in direct response to the same threat – Iranian harassment and intention to interdict free commerce in the Hormuz Strait by seizing a British-flagged oil tanker last July. Freedom of navigation is not only an American, British and European value but an international public good. In a broader perspective, the U.K. may be uniquely positioned to play the role of slowly bridging the gap between the two sides of the Atlantic by focusing the attention on the common denominators, on the things that potentially could bring them together – acting by, with and through local allies to balance and contain the subversive clandestine Iranian campaign in the Middle East (an option advocated and supported for example even by France in 2018).

*Octavian Manea is a journalist specialized on Euro-Atlantic security affairs. He is based in Bucharest.