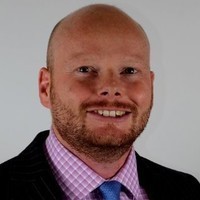 Introduction to the Series

In Africa, the nations that suffer most from Islamist aggression are those that share other problems, including weak health infrastructure, food insecurity, and corrupt political regimes that garner little support from the national populations. It can be generally expected that, without urgent international medical and humanitarian assistance, nations such as Chad, Mali, Burkina Faso and Somalia will experience high numbers of COVID-19 cases over the coming months, many of which will be fatal, and that the coronavirus outbreak will endure for longer than in Western nations where healthcare support is in place and where clear policies are being conducted to reduce the spread.

As a result of this combination of factors, the coronavirus pandemic provides a unique opportunity to jihadists to do two things: firstly, to target distracted state security services with fresh violence; and secondly, to market themselves to local civilian communities as an alternative authority that can provide normal people with essential services. If successful, they are likely to gain more recruits, to establish control over more territory (increasing their ability to generate revenue) and complicate anti-insurgency operations for central governments.

Al-Shabaab controls much of rural southern Somalia, from where it frequently launches violent attacks against Somali security forces and civilians, and where it is engaged in conflict with international armed forces, including those of the United States and Kenya.

Cases of COVID-19 increased very sharply from mid-April, and are approximately 600 today, although statistics are unreliable given the poor standards of healthcare infrastructure, the limited testing opportunities, and accurate reporting in the country.

Al-Shabaab has recognised the threat to its members from the pandemic, and even conducted a five-day meeting to discuss how to respond publicly. Eventually, while blaming the outbreak on Westerners (“crusaders”, who have spread it deliberately), it issued instructions to its members to take precautions against catching the virus, warning them of the risks. This response reflects the group’s desire to exploit the situation from a PR perspective, while recognising the need to provide some practical support to local communities.

One prominent al-Shabaab leader, Fuad Mohamed Qalaf, highlighted the failures of powerful Western nations, and welcomed their inability to prevent the spread of the virus, particularly Italy, the UK, and the US. The job of spreading Islamist propaganda has been made easier in Somalia by the fact that there are still plenty of people in the Somali religious community who believe that good practising Muslims cannot catch COVID-19 at all.

The United Nations has called for ceasefires in all conflicts across the world, to allow humanitarian organisations to provide healthcare support to civilian communities and prevent the spread of the virus. Al-Shabaab has not provided a response, and the group has continued to conduct terrorist attacks against security services and civilians, including a suicide improvised explosive device (IED) attack in the centre of Mogadishu that killed four and wounded seven, a mortar attack on the international airport in Mogadishu, and ongoing attacks against African Union (AU) armed forces. The United States has continued to conduct air strikes against al-Shabaab targets, while Ethiopian and Kenyan security forces continue to conduct attacks against militant and Somali military positions.

Muslim authorities in parts of Somalia outside of al-Shabaab control are working with the government to counter al-Shabaab propaganda, giving the population instructions on social distancing, and emphasising how handwashing is an important part of Islamic practice. They have taken decisive practical action, such as the closure of madrassas, and have urged civilians to pray at home rather than in mosques.

Somalia is the poorest and least secure country in the world. The federal government has only limited control outside Mogadishu, and tensions are high between federal and regional authorities. There are no reliable healthcare services, particularly in the rural areas controlled by the militants, as decades of conflict and underinvestment have devastated regional infrastructure. The exodus of personnel with the requisite medical skills and training has left some areas with no healthcare at all.

COVID-19 restrictions (such as social distancing, lockdown and curfew) are impossible to police in Somali society, and there is no government system in place to provide assistance to families currently struggling to secure food on a daily basis. A recent swarm of locusts across East Africa, unprecedented in its scale, has severely reduced harvests and is drastically increasing food insecurity in Somalia (as well as Tanzania, Uganda and Kenya).

As a result of widespread insecurity and poverty, as well as natural disasters (particularly drought and flash flooding) an estimated 2.7 million internally displaced persons (IDPs) live in migrant camps across the country, most of which are on informal sites. These camps have poor sanitation and no opportunity to practise social distancing, making them high-risk areas for the spread of the coronavirus.

Ongoing militant violence, food insecurity, uncertainty related to the pandemic: all this will increase the numbers and movement of internally displaced people in Somalia, increasing the spread of the virus, and making it harder to contain.

Al-Shabaab can be expected to oppose medical and food support from international humanitarian groups. During a 2010-12 drought and famine, in which nearly 260,000 people (4.6% of the total population) died, it denied that there was a famine at all, and banned Western aid agencies from operating in its territory. Al-Shabaab are likely to continue associating the pandemic with Western governments first and foremost.

The decision to close madrassas is an open goal for al-Shabaab, who are likely to verbally attack Somali religious leaders for this decision, blaming them for any subsequent health deterioration in the country. However, although this might provide them with some limited support and a short-term recruitment opportunity, it is unlikely to provide a long-term boon to their situation. The healthcare infrastructure in their territory is very poor, and local communities will notice their inability to provide health services, potentially leading to a longer-term groundswell of resistance to the group’s territorial authority.

This is the first of a series of three articles looking at the similarities of different Islamist groups in different areas, considering al-Shabaab in Somalia, Boko Haram in the Lake Chad region, and Al Qaeda and IS affiliates in the Western Sahel.