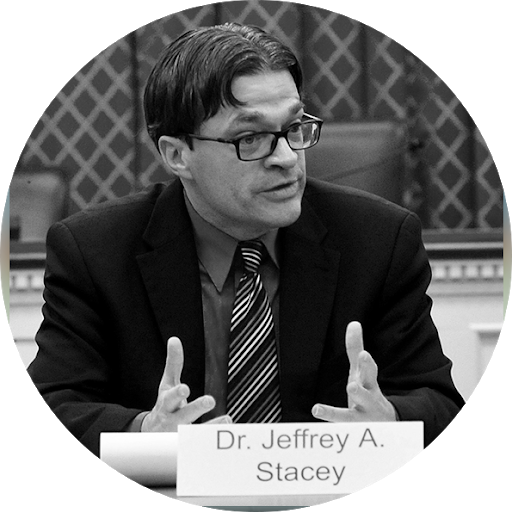 The United States that President-elect Joe Biden will inherit on January 20 faces a crisis of credibility. After four years of erratic behavior by President Donald Trump’s administration, the international community widely views the United States as an unreliable power. Even many of Washington’s closest and longest-standing allies no longer believe they can count on U.S. diplomatic or military support.

Biden cannot easily undo this damage to U.S. credibility. But he can make U.S. alliances and security relationships more resilient. Paradoxically, Trump has made this task easier for the incoming president. His rise to power revealed that issues such as collective defense spending and burden sharing—long sticking points in transatlantic relations—can inflame populist sentiments and thereby threaten long-standing alliances. The Biden administration should use that threat, and the prospect of another Trump-like populist, to build more equitable security relationships. After all, countries such as France, Germany, Australia, and South Korea face a dangerous and uncertain future if U.S. security arrangements continue to deteriorate.

More than 73 million Americans voted to reelect Trump. That number should serve as a powerful reminder to U.S. partners around the globe that the American system of alliances and security relationships is always just one election away from collapse. Biden must persuade these partners to contribute more to their alliance with the United States—or else risk a resurgence of American populism that would leave them vulnerable and exposed in the long run.

LEMONS OUT OF LEMONADE

One lesson of the Trump years is that friction over burden sharing, especially defense spending/capabilities, presents a genuine threat to transatlantic relations. In 2006 and again in 2014, NATO members committed to spending two percent of their GDP on military capabilities, but less than half of them have hit that target. On the campaign trail in 2016, Trump railed against the failure of NATO allies to meet their spending obligations, even going so far as to question whether the United States would defend them in the event of a Russian attack. Once in office, he continued to harp on NATO allies’ spending shortfalls in order to pressure them to increase their military budgets and to help defray U.S. expenditures. He made similar demands of long-standing allies in Asia, supposedly in exchange for the presence of U.S. forces. This heavy-handed approach not only strained core U.S. alliances but underscored the fact that without real change on the part of U.S. allies, these relationships could become embroiled in U.S. electoral politics. According to a poll released by the Pew Research Center, by 2017 almost half of Americans thought NATO wasn’t doing enough to solve global problems.

This issue is unlikely to go away anytime soon. Biden will need to convince major democratic allies such as France and Germany to make significant progress toward bringing their defense budgets in line with established commitments. Although some U.S. allies will doubtless protest or continue to drag their feet, the Biden administration has considerable leverage. Unlike, say, Pakistan, liberal democratic partners don’t want to turn to Russia or China for security guarantees. Nor are they close to being able to go it alone.

This precarious position means that European allies should be willing to take the lead in buoying the Biden administration from day one. The long-standing pattern of partners shirking their defense-spending responsibilities—one week telling U.S. officials it would be most effective to pressure them publicly, the next week insisting that private persuasion is preferable—needs to come to an end. Berlin’s recent offer of a “new deal” on burden sharing, in which Germany would markedly increase its spending, enabling it to lead overseas military operations without the United States, along with its recent decision to crack down on Chinese telecommunications firm Huawei amounts to a strong start. But Biden needs to persuade Germany to go further: canceling the Nord Stream 2 gas pipeline linking Russia and Europe and fully harmonizing Berlin’s positions on Russia and China with those in Washington would be productive next steps.

Biden should also encourage France to further increase its defense spending, to more than exceed NATO’s two percent threshold, as well as sharpen its condemnation of Russian aggression in Ukraine, support for reactionary populists, and efforts to subvert Western democracies. In exchange, Biden can offer European allies full support for closer U.S.-EU ties, much greater transatlantic cooperation, and U.S. backing for an independent EU military headquarters that would closely coordinate with NATO.

Given that British Prime Minister Boris Johnson has already called for significant increases in military spending since the U.S. election, Biden’s approach to the United Kingdom should be slightly different and calibrated to temper that country’s populist surge. Brexit has damaged the country’s economy and international standing, and its fallout further harms both U.S. and European interests. Biden should make clear there will be no “special relationship”—and certainly no preferential trade agreement—unless London agrees to a Brexit arrangement that not only preserves the Good Friday peace agreement in Northern Ireland, but also keeps the United Kingdom closely tied to the rest of Europe (and that returning to the EU at a later stage, should be kept in the backs of British elites' minds).

Although democratic treaty allies in Asia generally don’t shirk their military burdens in the way European states often do, the Biden administration should still look for some early wins in the Pacific. Agreements on subsidies for U.S military bases in Japan and South Korea would be a good place to start. The Biden administration should also stress that deteriorating relations between both countries are not helpful when it comes to justifying the U.S. presence in Northeast Asia.

These initiatives in Europe and Asia should be part of a broader Biden administration effort to “Trump-proof” its entire alliance network. That this system survived the past four years at all is a testament to the importance of institutionalized ties between ministries and departments worldwide. Even as Trump threatened to abandon U.S. allies, U.S. military and civilian officials continued to cooperate with their counterparts overseas. These professional networks made it difficult for Trump to quickly end U.S. security commitments and likely saved many other agreements as well.

As part of this broader plan, the United States needs to strengthen and enhance intergovernmental relationships, especially with European allies. NATO should further develop its civilian capabilities so that the alliance can effectively hand off postconflict reconstruction and stabilization missions to the EU. In turn, the latter should finally establish its own modest yet fully deployable military force to deal with security crises closer to home. Germany and France, in particular, could spearhead this process as part of their offer to overhaul and reinvigorate the transatlantic relationship.

Without rapid progress, the U.S. alliance network will remain vulnerable to another populist wave.

The United States and its European allies should also make a point of holding increasingly frequent joint military exercises and air-policing patrols that involve more equipment and personnel. At the same time, they should expand the number of U.S. and allied troop rotations in central Europe and dramatically increase the number of U.S. officials seconded to NATO and EU political and military headquarters. Doing so would strengthen connections between allied policymakers and refocus U.S. attention on Europe.

In the Indo-Pacific, the Biden administration should push for more multilateral joint military exercises with regional allies, with an eye toward building stronger military and diplomatic relationships, akin to those that exist in Europe. On this front, Trump largely left Australia to fend for itself when it came to China. Now, Biden should push for Canberra to play an important role in Trump-proofing Asian alliances and for the governing Liberal-National Coalition to tackle its own right-populist streak. Australia, along with U.S. allies such as Japan and South Korea, will likely support greater cooperation immediately, and these efforts can provide a basis for expanding strategic engagement with India and other players currently outside the U.S. alliance system.

Finally, Biden’s first overseas trip should be to Brussels for an unprecedented joint EU-NATO summit in the spring. He should follow that with a trip to Tokyo in the fall for a meeting with democratic Asian allies and a subsequent final joint summit that would include both European and Pacific partners in early 2022. In the past, the United States has preferred to maintain distance between its two sets of allies. Now, though, economic integration, global security challenges, and common membership in the U.S. security system make such an approach increasingly anachronistic.

Without measurable, public, and rapid progress over the next four years, the U.S. alliance network, especially in western Europe, will remain vulnerable to another populist wave. Trump-proofing these alliances and partnerships will require even more of U.S. partners than they likely realize. In an ironic twist, the fate of the U.S. security system will turn as much on how U.S. allies respond to the Biden administration as on how the Biden administration itself behaves.

Early overtures to the Biden administration suggest that U.S. democratic allies, especially in Europe, understand that returning to the status quo will mean risking another populist shock—one that could finally break the system. This means that Biden will have significant leverage in negotiations to overhaul long-standing relationships. Although Trump’s “America first” approach left the world a more dangerous place, its repercussions fell disproportionately on U.S. partners, not on the United States itself. This gives the leadership of countries such as France and Germany an incentive to demonstrate that a more cooperative approach can succeed where Trump’s combative one failed.

Old habits die hard, however. If democratic allies drift into complacency, the Biden administration will need to remind them that nothing less than the survival of U.S. security guarantees is at stake—not because Biden fails to see their value but because the next U.S. president might not.

By Jeffrey A. Stacey and Daniel H. Nexon

This article was first published in Foreign Affairs

JEFFREY A. STACEY was a State Department official in the Obama administration. His forthcoming book is titled Rise of the East, End of the West? Jeff is a regular contributor to the work of Tactics Institute.

DANIEL H. NEXON is a Professor in the Department of Government and at the Edmund A. Walsh School of Foreign Service at Georgetown University.