Five challenges that NATO must overcome to stay relevant 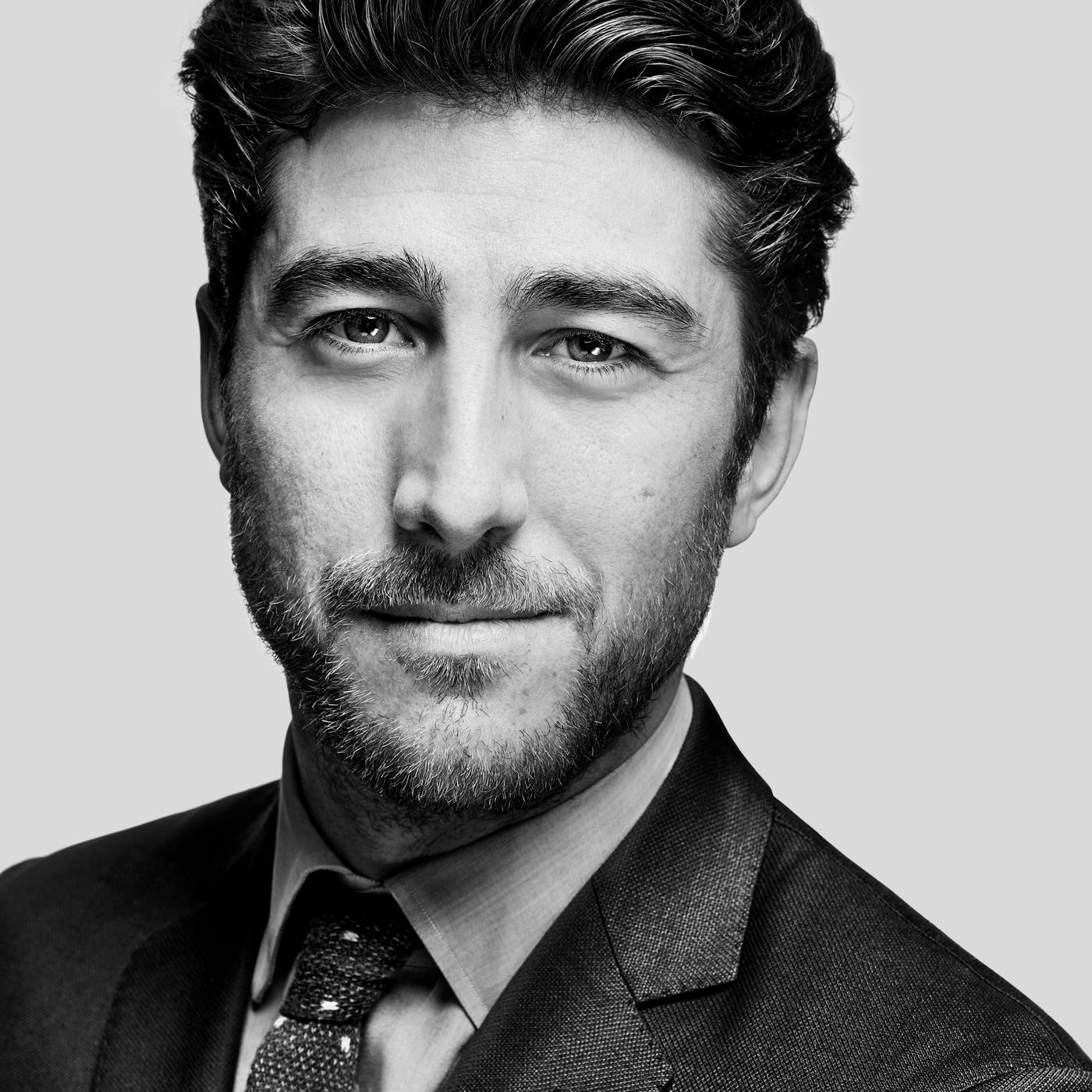 Despite all the twists and turns of our recent history, the North Atlantic Treaty Organization has reached its 70th anniversary. It has even found a new lease of life as the defender of European territory against a revisionist Russia. Expect many celebratory statements in the coming days about the enduring transatlantic bond, with NATO as its cornerstone.

And yet, as the Alliance looks to the future, how will it deal with some of the most consequential shifts and threats that are already on the horizon? Here are some of the most important challenges that NATO will need to navigate if it is to celebrate its centenary with the same vigour.

Europe has finally woken up to the need to treat defence seriously. National defence budgets are on the rise across all member states after decades of cuts. Yet more than 30 years of neglect, preceded by an assumed reliance on the United States during the Cold War, cannot be fixed in just a few years.

The fact that Germany – the one power that can truly swing European defence because of the sheer size of its GDP – is still lagging far behind on its spending commitments is a case in point. But the recovery of European defence capabilities is undoubtedly in the works. The European Commission has committed billions of euros to help boost such capabilities.

France is putting forward a new European defence and security treaty, and multiplying initiatives to strengthen the European operational culture. The question in the coming years will not be whether Europeans will do more, but along what lines they will do it. Behind each new announcement or initiative lurk different visions: the federalist one that espouses a fully integrated defence under an EU framework as the only way forward; the Atlanticist one that still considers NATO as the one and only place for European defence initiatives; and a more intergovernmental approach that bypasses collective structures to work in ad hoc coalitions.

European defence often ends up being pulled in different directions, resulting in a capability that is less than the sum of its parts. NATO will need to be careful not to discourage European initiatives, which can ultimately bring more resources and capabilities to bear but avoid hollowing itself out in the process.

One red line for NATO will be if European member states start to consider some form of collective defence guarantees, something President Emmanuel Macron of France alluded to in his pan-European article. This is very much a long shot, but it would undoubtedly strike at the heart of NATO’s mission and call for a more fundamental re-adjustment of its tasks.

The new art of security

It is an irony of history that NATO has been given a new lease of life by returning to its original mission – assuring the territorial defence of Europe. The deterrence measures taken since Russia’s war in Ukraine in 2014 would have been unthinkable years before. Yet the paradox is that NATO is responding with conventional measures to Russia’s unconventional playbook.

Indeed, in vulnerable nations such as Ukraine, Georgia or even Syria, where it does not shy away from flexing its military muscles, Russia has employed less conventional means, often described as ‘hybrid’ measures, against NATO allies. These range from using chemical-grade weapons for targeted assassinations, cyber attacks, disinformation and election meddling, to military shows of force in the Baltic and North Atlantic regions.

While Russia draws on its ‘digital’ playbook, NATO sticks to a broadly analogue approach: planning, command structure, troop deployment and, more often than not, long negotiations. Its response following the Salisbury attack was a pertinent demonstration of the difficulty for the Alliance in responding to unconventional attacks.

The European Union is in fact better equipped to be the first responder in many of these unusual scenarios, yet it often lacks a strong mandate to do so. When it comes to tackling election meddling, for example, the responsibility rests with European member states, even for European elections. Hence NATO’s dilemma – how can it be a credible collective defence organisation when the threats cut across military and civilian domains? Closer coordination between NATO and the EU is encouraging, but few people believe that in the face of a major emergency the two organisations could coordinate effectively on a robust set of responses.

A new age of strategic instability

The strategic squeeze comes not just from unconventional threats, but also from an amplification of highly sophisticated ones. This starts with the risk of a new missile race in Europe with Russia breaking away from the Intermediate-Range Nuclear Forces Treaty, which until now kept ground-launched cruise missiles away from the European territory. Beyond trying to hammer out a common position, NATO can do little but sit and watch a possible sophisticated arms race on its territory.

Space is also becoming an increasingly competitive domain, both with new private players but also states flexing their technological muscles. If China’s 2007 anti-satellite test was a wake-up call for many, a similar test by India recently confirmed a new reality: space is fast becoming a domain where global and regional powers signal their military ambitions. If NATO uses satellite and space capabilities, mostly for reconnaissance, it does so as a customer rather than a fully-fledged player. The EU, which does play a greater role in space, also faces the problem of a highly fragmented European space sector with no less than seven European satellite consortia. It might be time for NATO to look at space as a growing operational domain and devise a clearer posture, as it is attempting to do with cyber.

While NATO seeks finally to get a grip on containing a state power such as Russia, another, namely China, emerges to pose a new, more complex threat. The Obama administration’s so-called ‘rebalance to Asia’ triggered much soul-searching at the time among European allies about what China meant for NATO. This was all put on hold after Russia’s aggression in Ukraine when NATO’s focus returned closer to home.

But as I warned NATO HQ at the time, if NATO did not go to the Asia-Pacific, the region would come to NATO. Developments over the last few years, under the all-powerful Chinese leader Xi Jinping, only serve to confirm this. China has now become a significant question mark for NATO on at least three levels: an expanding military posture in the Indo-Pacific and a more assertive presence in Africa and the Middle East; an economic and technological footprint that threatens Europe’s own industrial and technological base; and a growing great power-play between Washington DC and Beijing, with Europe caught in the middle.

Beyond the efforts of the small handful of Allies that are actively engaged in Indo-Pacific, NATO’s approach to China is limited to low-key dialogue and some statements of concern about the militarization of South China Sea island features. Working more closely with like-minded partners such as Japan or Australia could be an effective way to better manage the China factor.

But the greatest challenge facing the Alliance strikes at its heart – ensuring that the US stays engaged. The relationship between the US and Europe had begun to shift long before President Trump began to play his love-hate theatrics with the Alliance. The tension goes beyond political orientations or styles of leadership and speaks to something more profound: the American public is increasingly reluctant to expand US power abroad and even more so as part of an alliance with Europe that is seen as a relic of the past.

For Washington, Europe represents its closest group of like-minded countries, but emotional ties are changing in the same way that US demographics are shifting. One can denounce or deny this long-term trend, but NATO must work out how to recast the partnership between the US and Europe without the former viewing it merely in transactional terms and the latter indulging in anti-American posturing.

The five challenges above are daunting, long-term shifts, for which NATO’s traditional toolbox is of little use. Ignoring or papering over them with reassuring statements will risk reducing the Alliance to an institutional irrelevance. However, pretending to be all things to all problems will also dilute what the Alliance is about.

In the end, NATO’s long-term health will depend on whether future US and European leaders can agree on the terms of a new partnership. But this can happen only once the Trump storm has passed. At 70, the Alliance has yet to address some of its greatest challenges.