Four key challenges for NATO in the months ahead 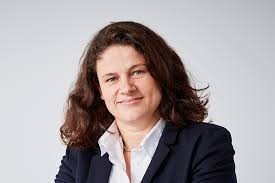 When NATO foreign ministers meet in Washington DC on 4 April to celebrate the 70th anniversary of the North Atlantic Treaty, doubts about the Alliance’s future will be juxtaposed with reminders of its impressive past achievements. It has safeguarded not only the territorial security of its members, but also played a critical role in the protection and promotion of the principles and values of the post-World War international order.

The challenge that NATO faces as it prepares for these birthday celebrations is not so much operational – although improvements continue to be required, NATO is, on this front at least, arguably in as good a health as it has been for many years. Rather it is political.

Between now and April, NATO member states will be confronted with several important political challenges. These go beyond the personality of the current US president or even the responsiveness of Alliance members to long-standing US concerns about burden-sharing and European defence spending, though these will surely not go away. Member states’ collective responses to these pressing challenges will play a critical role in shaping the optics around the April celebrations and the future prospects for the Alliance.

Maintaining a united stance on the INF

In October 2018, President Trump announced his intention to withdraw the US from the Intermediate Range Nuclear Forces Treaty (INF) in response to years of repeated alleged treaty violations by Russia. Frantic European lobbying in late 2018, in particular on the part of German Chancellor Angela Merkel, successfully prevented an immediate fissure between NATO allies over how to respond to the US’s planned withdrawal.

While NATO foreign ministers unanimously concurred at their meeting in December that Russia was in material breach of the treaty, US Secretary of State Mike Pompeo put Russia on 60 days’ notice to prove its full and verifiable compliance with the INF, failing which the US would suspend its obligations under the treaty.

This notice period expires on 2 February. Absent any progress in ongoing talks, the US is likely to follow up the suspension of its INF obligations with the announcement of its official exit from the treaty, via the mandated six-month withdrawal process.

It remains an open question as to how European NATO member states will react to the collapse of a treaty that, for more than 30 years, has succeeded in removing from Europe nuclear and conventional ground-based ballistic and cruise missiles with ranges between 500 and 5,500km.

At the end of 2018, the government of Pristina controversially adopted legislation to initiate a transformation of its 4,000-strong Kosovo Security Force into a regular army. Although this measure will likely take the best part of a decade to come into operational effect, NATO had repeatedly expressed its discomfort with such a move, noting concerns over timing and the potential that it will stoke tensions with neighbouring Serbia. Yet NATO’s political differences were on public display when, in the wake of Pristina’s decision, the US expressed its support for Kosovo’s sovereign right to develop a force with a mandate for the country’s territorial defence.

On 30 January, the North Atlantic Council is due to review NATO’s engagement with Kosovo in light of these developments. Existing differences of opinion over Kosovo (including its recognition as a state) are likely to be further exacerbated.

As NATO debates its interactions moving forward, key member states are likely to push for Alliance agreement that this is a moment to increase NATO’s engagement with Pristina, rather than a time to disengage. This would certainly be a positive outcome, but not all NATO members will be readily predisposed to agree.

Elsewhere in the Balkans, even as NATO prepares to welcome its 30th member in the form of North Macedonia, concerns over the political stability of Bosnia-Herzegovina continue.

In December 2018, NATO announced that it was ready to move forward with implementing its Membership Action Plan for Bosnia-Herzegovina. Yet it remains unclear whether the advantages of closer cooperation with NATO will be perceived as sufficient to overcome the country’s domestic political divisions. While the Federation of Bosnia-Herzegovina seeks both NATO and EU membership, Milorad Dodik, the Serb representative in the country’s three-member rotating presidency and leader of the strongest political party in the country’s other autonomous entity, Republika Srpska, remains openly opposed to NATO membership, preferring to cultivate close ties with Serbia and Russia.

The US has led the way among NATO members in pushing back against Bosnian Serb concerns that increasing military cooperation with NATO might impact unfavourably on Republika Srpska’s regional relations. Yet Dodik’s accession to the presidency of a country he describes as an ‘impossible state’ serves as an unwanted reminder of the ongoing threats to peace and stability that continue to emanate from this country and the reverberations they threaten for the wider region.

The US is presently understood to be in the process of reviewing the nature and extent of its commitments in Afghanistan. The prospect of severe cuts in the US contribution to the NATO-led non-combat Resolute Support mission is a cause for serious concern among NATO allies and partners. Though the implications of any US decision to implement cutbacks will be essentially operational, the management of this process will be highly political.

Meanwhile, NATO’s newest mission in Iraq (NMI) poses further political challenges as the Alliance seeks to provide non-combat training and capacity building to the Iraqi forces. NATO members will need to maintain unity as they navigate tensions between the governments of Baghdad and Ankara.

Donald Trump’s announcement in December 2018 of a drawdown of US forces in Syria following the ‘defeat’ of ISIS came as something of a surprise for US partners including NATO, which is itself a member of the Global Coalition to Defeat ISIS. For some time now, Syria has been a source of heightening tensions between NATO allies, primarily but not exclusively between Turkey and the US.

Although conditions appear now to have been put upon a US withdrawal, political tensions are likely to endure, most notably over the future approach by Turkey to US Kurdish allies. Meanwhile, conflicting approaches to Syria on the part of other NATO members persist, even as these differences have little effect beyond highlighting the Alliance’s irrelevance in the tragedy that has unfolded.

In line with the EU’s controversial vision for ‘strategic autonomy’ as laid out in its 2016 Global Strategy, the past few years have seen the EU roll out a series of initiatives designed to stimulate European defence cooperation and build defence capabilities. As these plans have begun to take shape, it appears that at least some quarters of Washington are becoming more wary about some of the ways in which this increased interest in European defence cooperation is manifesting itself.

This is in part because Washington fears that key preconditions for US support for European defence integration are being overlooked. As laid out by US Secretary of State Madeleine Albright in 1999, EU defence cooperation should neither duplicate NATO assets, nor discriminate against non-EU NATO members, nor have the effect of decoupling the EU from the transatlantic Alliance.

Yet US lobbying for EU-based companies with US parentage to be granted access to funding from the newly established European Defence Fund is being met with distinctly limited enthusiasm. More generally, such conditions sit badly alongside many an interpretation of EU strategic autonomy.

The subject of European defence cooperation is likely to be on the agenda of the next NATO Defence Ministerial in mid-February. While the emphasis will be on supporting NATO–EU cooperation, beneath the surface it should not be difficult to spot undercurrents of concern, fuelled by competing commercial interests.

A nervous sort of celebration

When NATO foreign ministers meet in April to celebrate the Alliance’s 70th anniversary, they will wish to put the transatlantic political disharmony of the 2017 and 2018 summits behind them, and instead project the message that they are as united politically as they are operationally. The Alliance, they will argue, is as necessary and relevant for today’s challenges as it was in the years that followed NATO’s formation.

How NATO allies navigate the political challenges of the months ahead will prove critical for determining how substantive or hollow these claims sound.

Originally Published on ISS.Org in Jan 2019 by Sarah Raine