Has Putin overplayed his hand in Ukraine? 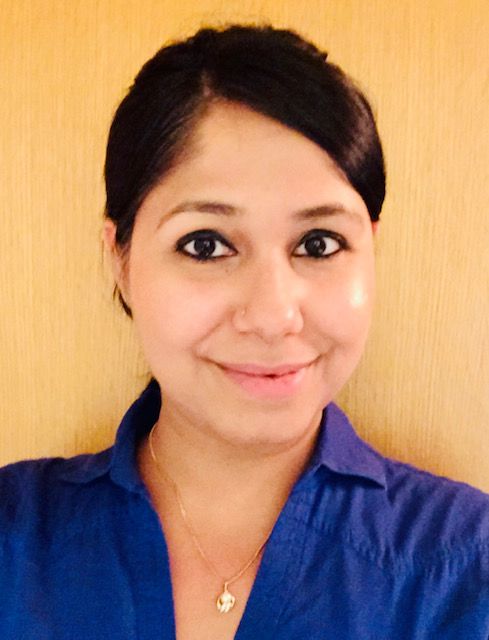 Vladimir Putin has long harboured grievances against the West that have fuelled his “revanchist” foreign policy. This is no secret. In an essay that Putin wrote in July 2021, he declared that the current territory of Ukraine was once Russian land and that legitimate sovereignty for Ukraine could only be established in partnership with Russia. Two months after the publication of this essay in September 2021, Russia launched a military exercise in Belarus called Zapad 21, which involved a reported 2,00,000 troops from Russia, Belarus and other countries under the Collective Security Treaty Organization.

Observers noted that after the conclusion of the exercise, Russia’s 41st Combined Arms Army did not leave Belarus but joined the existing Russian forces that were already stationed near the Ukrainian border. The Ukrainian government also noted that Russia had left equipment, control and communications centres ‘at training sites along the Ukrainian border’. Then in October 2021, Russia suspended its North Atlantic Treaty Organisation (NATO) mission in Brussels because NATO had suspended eight Russians after accusing them of espionage.

Belying Russian assurances that there was no plan to invade Ukraine, several reports indicated that there were between 100,000 and 190,000 Russian troops concentrated on Ukraine’s borders, along with 21,000 air force and navy personnel. The Donbas region, situated in south-eastern Ukraine, was the site of conflict between Ukrainian forces and local separatist groups that are believed to have been supported by the Russian state since 2014. Over time, Ukrainian-born rebel leaders in Luhansk and Donestk were replaced in leadership roles by Russian operatives.

Ceasefire protocols established through the Minsk Protocol (which lasted for six months between 2014-2015) and Minsk II were regularly undermined. Skirmishes and violations of such ceasefires were common. The conflict in eastern Ukraine has left an estimated 10,000 – 13,000 people dead. Then on 21 February 2022, in a televised address Putin recognised the ‘independence and sovereignty of the Donetsk People’s Republic and the Luhansk People’s Republic’. In one fell swoop, he had effectively de-ratified the Minsk Agreement.

The invasion of Ukraine began on February 24, 2022. As this is written, the battle for Kyiv has intensified, lives have been lost on both sides, hospitals, airfields, apartment complexes and power stations have been shelled or captured by Russia. A refugee crisis is slowly emerging as Ukrainians make their way into neighbouring countries for shelter and safety. It is unclear to what extent and for how long Kyiv can hold out. The course of the war has been so dramatic that Germany has reversed its long held foreign policy pacifism to send 1,000 anti-tank weapons and 500 Stinger anti-aircraft defence systems to Ukraine.

However, there are a lot of questions that have emerged over the course of the last few days that call into question Putin’s competence as a strategist in achieving his objectives. First, if Putin’s objective was to keep Ukraine out of NATO, a full-scale invasion of Ukraine was unnecessary. NATO rules demand that any country that wants to be a member has to complete a Membership Action Plan that can take years. Further, any country that has an ‘unresolved external territorial dispute’ will find it hard to get NATO membership. Ukraine’s contested Donetsk and Luhansk regions and the insurgencies there remained the biggest obstacles to Ukraine’s NATO membership.

So, if preventing Ukraine’s membership in NATO was not the main objective, perhaps the main goal was the quick installation of a puppet regime in Kyiv that would be loyal to Russia. This brings me to the second point. The Russian invasion started with an aerial, amphibious and ground assault of Ukraine from three sides. This move, designed to isolate Ukrainian forces in the east from Kyiv, was supposed to work swiftly. It did not. This is primarily because of the stiff and organised resistance put up by Ukrainian forces against the Russian invasion.

This is not something that the Russian forces had expected. Putin had even asked the Ukrainian army to ‘take power into your own hands’, but that did not happen. Four days into the war, the Ukrainian army had managed to impose costs on the Russian forces. This means it is entirely possible that with the right munitions, weapons and other support Ukraine could hold out longer thereby making the war more expensive for Putin to wage with each passing day. This imposition of costs is necessary to force Putin into a ceasefire.

Third, Putin was prepared to be sanctioned and there is some indication that the coordinated and targeted sanctions are working to weaken the wealth of oligarchs that surround him. The sanctions on Russian banks will also most likely lead to a run on banks in Russia and it is unclear if Russia will be able to act fast enough to stabilise the rouble this week. Perhaps Russia could survive sanctions and a short and swift war. However, if this turns into a long war, the sanctions will enable the crumbling of the Russian economy.

Fourth, Putin also seems to have underestimated the anti-war sentiment at home in Russia. The swelling protests have already led to approximately 4000 anti-war protestors being arrested. These protests signal a general war-aversion in Russian people, of course, but they also signal a problem with the pan-Slavism that undergirds much of Putin’s thinking about the West and the place of Russia in the world. It is difficult for Putin to convince Russians that Ukrainians are the same as them due to historical ties and to also expect Russian people to support a war on Ukrainians as the “other”.

It remains to be seen how this will play out. It is entirely possible that when the sanctions start affecting the Russian populace, Putin could play this to his advantage to get domestic support by reviving the narrative of a West that wants to see Russia humbled. This narrative is already in place for mobilisation as Putin does remember the ill-fated economic “shock therapy” led by western economists that, in the absence of regulatory institutions for a free market, led to the aggrandisement of wealth in Russia in the hands of oligarchs, high poverty and general misery.

Fifth, Putin also seems to have overestimated his ability to control the narrative and propaganda around the invasion of Ukraine. Not only has the Ukrainian government been adept at messaging their willingness to stand and fight the Russian invasion, but it has also managed to cobble together worldwide people’s support by using social media to their advantage with simple and effective messaging in the middle of a war. The cyber-attacks on Russian state television channels by the hacker collective Anonymous have also demonstrated that victory in the propaganda war does not firmly rest in Putin’s hands.

Right conditions for an insurgency

Finally, Putin’s end goal remains unclear. Is he going to be satisfied with the capture of Ukraine? Or will he push forward to other former Soviet states? However, even this seems confusing if his real adversary is the West, NATO and liberal democracy. This lack of clarity may be by design, but perhaps Putin’s gravest mistake would be to believe that the United States and NATO will not find ways, beyond sanctions, to make him pay for his Ukraine adventure. The American intelligence service’s information about Putin’s Ukraine ambition was accurate and actionable enough to signal that they have deeply penetrated the Russian state apparatus.

Add to this the news story that the CIA’s Ground Department has been training and preparing Ukrainian special operations forces since 2015 (Obama era) for ostensible intelligence gathering. According to sources, this specific news article, the United States could very well be training an insurgency in Ukraine – a sure-shot way of drawing Putin into a long and expensive conflict in Ukraine that he can ill afford or politically survive in Russia. From its experiences in Iraq and Afghanistan, the United States fully understands that ideologically committed insurgencies can make wars unwinnable, even for a superpower in the long run. It may be a lesson they intend to impose on Putin.

It is safe to assume that Russia is aware of any plans of the United States to abet an insurgency in Ukraine as this story has been widely reported. What needs to be thought about is how both, the ambitions of Vladimir Putin and the ability of the United States to wage a likely proxy war in Ukraine, could lead to the perpetuation of the conflict in Ukraine and an immense loss of civilian lives. Recent pronouncements by Putin have led to widespread worries about the level of his restraint concerning the use of nuclear weapons. We can only hope that there is no further escalation, given that Putin’s Ukraine invasion is not going according to plan.