Labanon: Return of the French Mandate? 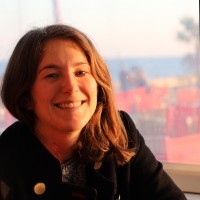 August 4, 2020 is a day the Land of Cedars will never forget. The international community is looking at a country brought to its knees, with its capital reduced to little more than a ghost town. According to the Lebanese Ministry of Health, the two explosions at Beirut Port caused 181 casualties, 52 missing persons, 7000 injured and counting.

The causes of both explosions are related to the presence of an explosive agent (2750 tons of ammonium nitrate), irresponsibly stored at the port city of Beirut for six years. According to local Lebanese press, the damage caused by the explosion is estimated between 10 and 15 billion USD. Unfortunately for Lebanon, this accident is mounted on the top of a profound institutional crisis that has been unfolding for years, with a financial meltdown and political corruption.

Historically, Lebanon has had close ties with France spanning centuries. It was these ties that President Emmanuel Macron evoked when in August he called for an decisive intervention in Lebanon, « … because it’s Lebanon, because it’s France.”

Indeed, the two countries have been linked since the 16th century, when the Ottoman Ruler signed a Treaty with France in 1538 bestowing on the French crown special privileges as the protector of Christians in the region. Following a regional clash between Christians and Muslims in the 19th century, Napoleon III evoked this Treaty to send humanitarian aid in a manner comparable to today’s experience, as noted by Elise Lambert. This set a pattern of French engagement in the region.

The French narrative of intervention evokes the dynamic and aid is channeled towards NGOs, circumventing the state. Furthermore, the French President is directly addressing the Lebanese population calling for “a new political agreement” to be constructed with Lebanese political forces but without specifying how.

The term “political agreement” leaves open the question of how it is to be negotiated and accomplished. That is unclear in Lebanon as it is in France, but in the French press it is noted that the French President is appealing for a new “mandate,” a term with specific historical significance in French colonial tradition. That is topped by the appearance of an online petition, calling out the failure of Lebanese institutions and calling for a French 10-year mandate that leaves no room for a misunderstanding of the term. In this line of argument, a French mandate appears as “the best” if not the only option.

If so, this would be an echo of the Lebanese colonial past that took place in 1916 under the Sykes-Picot agreement that divided the Middle East in spheres of influence between two colonial powers, with Lebanon and Syria coming into French orbit. This status quo was formalised by the League of Nations in 1920, which turned Syria and Lebanon into French protectorates, an arrangement that lasted until 1943. This also meant that France was the driving force of institutional development in the region, financially, militarily, and diplomatically.

For the moment, a new French mandate is only a hypothesis since Emmanuel Macron has limited his appeal to the question of limited political reforms, albeit addressing “the people” and specifically revoking his trust in their “representatives.” That signals a hardline position in the negotiation that France obviously has with the Lebanese political class and was evidence during President Macron’s visit to Lebanon in early August and his successive meetings with the main political stakeholders: Michel Aoun (President of Lebanon) and Hassan Nasrallah (the leader of the Hezbollah movement).

Moreover, France has a vested interest in the eastern Mediterranean region that goes beyond French education and embraces a particular geopolitical and geo-strategic worldview. The objective of France is to find its legitimate place in the heart of the Levant, countering Turkish neo-Ottoman and “Silk Road” Chinese ambitions, particularly as the region is expected to explore new oil and gas reserves. But the situation is further complicated as this new French positioning is negotiated amidst tension with the United States over relations with Iran, perceived as the main supporter of Hezbollah, a movement with a powerful parastate within Lebanon.

Lebanon specialists, such as Hélène de Champchesnel, suggest that a French mandate would not in reality constitute a “restoration” of colonialism as the country has only been a historical “protectorate.”. President Emmanuel Macron’s initiative is one painted as the chance for a “restart” that does not have a neo-colonial aspect. But how this narrative will be handled is a key concern as President Macron prepares for his second visit on September 1st.

Meanwhile, France is sending military equipment to Lebanon and Beirut has recently authorised the presence of French troops in what is framed as a “train and equip mission.” One way or another, no one doubts that Paris is positioning itself to play a role in continuing to define the future of the country and the region’s security.