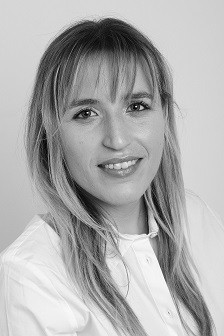 The Mediterranean Sea is central to the struggle for Libya. It is one of the most crowded seas on the planet: thousands of migrants cross it, weapons are transported over it, and nations scramble for the gas that lies beneath it. In recent months its strategic significance has increased as disputes over contested territory in the eastern Mediterranean have become entangled in the Libyan conflict. Powers such as Turkey, Egypt, Israel, and Cyprus are jostling over access to maritime economic zones. This exacerbates intra-Libyan divisions and makes it more difficult for a long-lasting political solution to be reached. This analysis will examine the destabilizing effect of tensions in the eastern Mediterranean on the Libyan crisis and evaluate the EU’s response in the form of Operation Irini.

In November 2019 Turkey signed a treaty with the Government of National Accord (GNA) which delineated maritime boundaries between Turkey and Libya, creating an Exclusive Economic Zone (EEZ). Drilling rights in Libya’s waters were essentially exchanged for military support from Turkey during Khalifa Haftar’s Tripoli offensive. The maritime treaty disrupted pre-existing boundary agreements and, according to the EU, infringed upon the rights of third parties by ignoring the existence of the islands of Crete, Kasos, Karpathos, Kastellorizo and Rhodes. While Turkey views this new demarcation as a fair distribution of resources, Greece and Cyprus see it as illegal and destabilizing.

The agreement has been viewed as an expression of Turkey’s Mavi Vatan or Blue Homeland doctrine, which makes claims of extensive maritime jurisdiction in the Mediterranean and Aegean seas. Championed by Admiral Cem Gürdeniz, Mavi Vatan is Turkey’s strategy of achieving hegemony in the Mediterranean. Energy independence is central to Mavi Vatan, the ultimate goal of which is to make Turkey a net energy exporter. The drilling rights granted to Turkey in the November 2019 maritime agreement with the GNA are a step towards this aim.

Tensions in the Eastern Mediterranean

Military posturing in the eastern Mediterranean has intensified. Turkey, Greece, Cyprus, Egypt, and Israel have conducted military exercises in light of rising insecurity in the region. In response to the GNA-Turkey maritime agreement, Egypt and Greece signed a counter-agreement delimiting their EEZs to secure maximum access to oil and natural gas deposits. Mavi Vatan has also generated a distinct nervousness in European capitals. In particular, there has been a deterioration in relations between Ankara and Paris. On 10 June, just off the Libyan coast tensions reached boiling point when a French frigate was targeted three times by the fire control radars of a Turkish vessel. France subsequently suspended its participation in the NATO Sea Guardian operation. Recounting the incident at a NATO meeting of defence chiefs, France’s Minister of the Armed Forces, Florence Parly, described how Turkish sailors had put on bullet-proof vests and stood behind their light weapons. Turkey has subsequently denied these allegations and accused the French navy of aggression.

The recent militarization of the Mediterranean is inextricably linked to the conflict in Libya. Shipping lanes in the Mediterranean have been used to transport weapons and resources to both the GNA and the Libyan National Army (LNA). In September 2020, a Greek newspaper reported that there were seven Turkish warships ‘off and near the coast of Libya’. Turkish frigates stationed along the Libyan coastline have purportedly been engaged in combat operations; in April it was reported that a Turkish frigate fired a Standard MR SAM off the coast of Sabratha aiming at an LNA drone. Reports have circulated that Moscow has its eyes on access to a naval base in Sirte and Ankara is reportedly looking to establish a permanent military presence in Misrata port.

Tensions in the eastern Mediterranean have also dragged new actors into the theatre of the Libyan crisis. This prolongs the conflict as proxies engage with either side according to their own goals. For example, Greece had been relatively disengaged from the conflict and was excluded from the Berlin Conference in January due to its lack of involvement. However, since the GNA-Turkey maritime agreement, Greece has taken a greater role in the conflict and hosted  Khalifa Haftar in Athens in January 2020.

There can only be one winner in this ‘zero-sum’ game – Russia. A disordered and multipolar Mediterranean is good news for Moscow. It was thought that the last decade’s offshore gas discoveries in the eastern Mediterranean would enable Europe to liberate itself from its dependence on Russian gas. Today this seems a distant prospect. The route of the planned Eastern Mediterranean gas pipeline, designed to diversify Europe’s gas supplies, has been obstructed by the GNA-Turkey maritime deal. This potentially places the project’s future in further doubt. The dithering and divisions over gas deposits have only served to prolong Europe’s reliance on Russian gas, ultimately serving Moscow’s economic aims.

In response to the grandstanding in the Mediterranean and violations of the Libyan arms embargo, the EU launched Operation Irini on 4 May. The primary goal of Operation Irini is to police Libya’s arms embargo, drawing on aerial, satellite and maritime assets. The thinking behind the operation was that the flow of weapons into Libya was undermining the work of the UN to create consensus among the Libyan parties. A desultory arms embargo on Libya has been in place since 2011. The embargo has been derided for its inability to prevent weapons from continuously pouring into the country, with a senior UN official describing it as a “joke”. In policing the embargo, Irini has been framed as an important stepping stone for a political solution to the crisis.

From its inception, Irini has come under criticism, with serious doubts as to whether the operation had the capabilities to enforce the embargo. For the first five months of the mission, Irini was asset-weak and only announced it had reached Full Operational Capability on 18 September 2020. EU leaders acknowledged its deficiencies with Josep Borrell, the EU’s High Representative for Foreign Affairs and Security Policy, describing it as “better than nothing”.

So far Irini has proven to be toothless. Under its auspices, twelve ‘friendly approaches’ have been made but no weapons have been confiscated, only fuel. On 10 June, a Greek frigate that was part of Operation Irini approached the Cirkin, a Turkish cargo ship, suspecting it to be carrying weapons to Libya. When the Greek mission sent out a helicopter to inspect the vessel’s cargo, it received a message that the ship was under the protection of the Republic of Turkey. The next day the Cirkin arrived at Misrata Port in western Libya, reportedly delivering weapons to the GNA. Irini has had one success story in the interception of Merchant Vessel Royal Diamond 7 off the coast of Derna. The Royal Diamond had departed from the port of Sharjah in the UAE and was heading to Benghazi. The ship was carrying a cargo of Jet fuel, probably to be used for military purposes in support of the LNA.

Irini has a further problem: it can only meaningfully police half of the embargo. As a predominantly maritime operation (led by the European Union Naval Force), Irini is much more likely to be able to intercept weapons transferred to the GNA in western Libya, leaving arms free to continue to flood into eastern Libya to the LNA. This is because while the GNA mostly receives weapons by sea, Haftar’s LNA receives weapons largely through land and aerial routes (with the caveat of fuel which is received through maritime transfers). A typical weapons transfer to the LNA might consist of air transport from the UAE to western Egypt from which point the cargo is trucked to eastern Libya. Irini simply does not have the capabilities or authority to intercept such a transfer.

To demonstrate the point, in a briefing on 2 September 2020, the acting Head of the United Nations Support Mission to Libya, Stephanie Williams, reported that since 8 July 70 supply flights landed in airports in eastern Libya in support of Hafar’s LNA, while 30 were dispatched to airports in western Libya to the GNA. During the same period, 9 cargo vessels docked in ports in western Libya with supplies for the GNA, while a reported 3 cargo vessels arrived at ports in the east with supplies for the LNA. The modus operandi of these transfers means that Irini will inevitably be more successful at monitoring and intercepting weapons sent to the GNA from Turkey rather than those sent to the LNA from Egypt, the UAE, Jordan, and Russia. David Schenker, the Assistant Secretary of the US Bureau of Near East Affairs echoed this criticism: “The only interdictions that they (EU) are doing is of Turkish military material that they’re sending to Libya. Nobody is interdicting Russian aircraft, nobody is interdicting Emirati aircraft, nobody is interdicting the Egyptians”. Schenker concluded that Irini was not “serious”.

Irini’s weak mandate coupled with the singularity of its emphasis prompts questions over its raison d’être. Rather than monitoring Libya’s arms embargo, it seems that Irini is monitoring Turkey. The operation thus represents the EU’s attempt to mitigate Turkish influence, and what the EU views as transgressions in the Mediterranean.

Susan Raven in her account of the Roman Empire in Africa writes, ‘Much of the history of north-west Africa is the history of foreigners’. Little has changed. Foreign states exploit Libya’s maritime geography and resources in pursuit of their own political goals.’ Libya has found itself embroiled in the drama that is the geopolitics of the eastern Mediterranean; a drama that is more influenced by external actors than by Libyans, making a political solution to the conflict more difficult to attain.