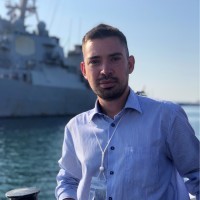 The recent agreement between Emirati and Greek military forces appears to be responsive to current affairs, specifically the formation of two fronts in the East Mediterranean. But there is a historical context.

The first agreement between the UAE and the Greek Armed forces dates back to 2017. Initial framework agreements discussed referred to advanced training, common exercises and potential arms deals. The escalation of the standoff with Turkey during the summer coupled with a major agreement between the Emiratis and Israel changed the strategic landscape, making this discussion more significant.

To understand the scope of this new “Little Entente” we speak to Ioannis Nikitas, a Greek national security expert, General Manager at the Center of Strategic Studies and Director of the Defense Review Media Platform.

TACTICS: Greece and Israel are set to establish an International Flight Training Centre in Kalamata; provision of these services will be extended to pilots from the UAE and other air forces. How do you foresee the nature of this common military centre? Will it use the facilities of the Greek Airforce base?

Ioannis Nikitas (IN): From the August 26 the bilateral cooperation agreement came into effect in the field of education between the parties / states. At the 115 Combat Wing in Souda Base Greece, the UAE will deploy four F-16 Block 60 aircraft to train with sixteen Greek Block 52s, of the 340 and a 343 Squadron.

The current visits underline the importance for the Emiratis of further developing the training/educational program. It is a strategic step towards the East Mediterranean. We expect that at the Kalamata (120 Air Training Wing) and Andravida bases, UAE pilots will be involved in basic and advanced training. For several years now, Emirati pilots have participated in the annual “Heniokhos” exercise that takes place at the Andravida Air Base.

TACTICS: For over a decade the Emirati government has invested directly, or has encouraged investment in, Serbia and Montenegro, linking the regions’ military value chain to the biggest defence systems market in the Middle East. Deals of up to €200 million euros have been penned for the development of missile systems alone. Other agreements focus on small arms, ammunition, Research and Development. What is the industrial component of the relationship being developed between Greece and the Emiratis and how does this partnership fit the broader regional picture? Will it include the Greek private sector?

IN: Several discussions have taken place but no agreement has been concluded. The UAE have expressed their interest in technical and regulatory issues. They want to update the training of their Armed Forces, Navy and Air Force.

In the future, I strongly believe there will be cooperation in various sectors of the defense industry. There is a lively interest from the side of the Emiratis, and this is proven by the visit of the head of the country's Armed Forces to Greece. Apart from strengthening bilateral relations between the institutions of the countries, this visit was of an official nature. The aim is to discuss the next steps in cooperation between the two countries.

There is currently no decision on private sector involvement, but there has been a previous cooperation agreement or consortium with Abu Dhabi Marine Systems, a subsidiary of the German ThyssenKrupp that were active in the construction of submarines at the Scaramanga shipyards. The shipyards are now in the process of liquidation, unfortunately, and in search of a potential investor. In the future, an agreement is considered most likely. Also, Greek defence systems could soon be exporting ammunition and other materials to the Emirates. The Hellenic Aviation Industry could be involved in UAE aircraft maintenance and modernisation programs.

TACTICS: Do you believe this agreement enhances the role of NATO in the region or are we already in a post-Article V period where everyone is looking out for new collective security arrangements?

IN: Personally, I believe both. Greece is a factor of stability and cooperation in-between the UAE and Israel as well as the UAE and NATO. It is understood that the role has acquired new significance adding depth and quality in the Alliance and its strategic partners. Greece has developed friendly ties with both countries {Israel and the UAE} in the past, so it is time to solidify this relationship.