The United States and its allies’ credibility is in jeopardy nowhere more than in the Baltic Sea region. Article 5 of NATO’s charter commits the alliance to defend its members.

The Russian attack on Eastern Europe is not limited to Ukraine but is causing a rift in Poland, Moldova the Baltic states and Scandinavia. If Ukraine loses, the whole of Europe will be affected.

In Estonia, Latvia and Lithuania, NATO allies had stationed so-called enhanced forward presence tripwire personnel, totalling about 1,000 troops. These forces were clearly not capable of withstanding a Russian assault; they were stationed to ensure that the Kremlin understood that an attack on the Baltic republics would also constitute a strike against other NATO allies. In recent years, Allies have enhanced NATO’s forward presence in Estonia, Latvia and Lithuania.

Canada, Germany, the United Kingdom and the United States are the framework nations for the robust NATO presence in the Baltics. The United Kingdom in particular, and this is to its credit, has left BREXIT behind and seems determined to play a more active role in the region through NATO. Perhaps to regain its global dynamics.

NATO, above all, requires drills. Practicing challenging circumstances in real time is the best strategy to improve a country’s internal and external credibility.

The Baltic countries are hoping that the UK can reinforce their appeals for increased military help from NATO, amid fears that they may be the next target of Russia and the very bombs and missiles used to level Ukrainian cities. Unlike Ukraine, Moscow does not believe that these states can be returned to Russia’s sphere of influence. Instead, the Baltic states can be used to exert leverage against a variety of other actors, including the US, the North Atlantic Treaty Organization (NATO) the European Union (EU).

The Baltic states have submitted a “wishlist” of demands to improve border security, including permanent NATO bases and air defence equipment, which the region now lacks. They are keenly aware that, last December, Russian President Vladimir Putin ordered that NATO withdraw all of its forces from the region.

While Russia has shifted most of the focus of its war to eastern Ukraine after pulling back its forces from near the capital Kyiv, Lithuanian Foreign Minister Gabrielius Landsbergis has warned of the need to continue to support Ukraine.

“We can clearly say that Russian President Vladimir Putin is losing the war. All experts agree that Russia has been bogged down in the war. Of course, this is no comfort to those who live in Mariupol or other surrounded cities under constant shelling. That is why assistance must continue so that Ukraine can start pushing them out,” said Landsbergis.

“NATO needs to reflect this reality, both politically and security-wise. We hope that this will be the case in our talks and discussions this evening. We want our allies and the NATO organization as a whole to step up their plans to really defend the eastern flank, to defend the Baltic states, to defend Lithuania. Not just to deter, not just to send a political message that something will happen in the event of an attack. Every one of us has to be there and we have to be ready to actually send a military response if something is attempted on NATO’s borders.”

As such, the most important factor that sets the Baltic countries apart from Ukraine is their membership of international organizations such as the European Union and the North Atlantic Treaty Organization. When the Baltic states became members of NATO, they acquired a guaranteed collective defence of their countries by NATO forces in the face of Russian aggression.

The EU’s commitment to political collaboration and strengthened economic links, as well as its pledge that it will preserve a member state’s democracy and rule of law, are the most pertinent in terms of security.

President Putin is well aware that an invasion of any Baltic state will almost surely result in a NATO response. This deterrent is likely sufficient to safeguard Estonia’s, Latvia’s and Lithuania’s territorial integrity, at least for now.

However, there are a number of drawbacks that follow being part of the Alliance. The command structure is far too difficult to follow even in its simplest form. Each country carefully preserves its national decision-making. In military terminology, the Baltic states comprise a single tiny operational area, yet they have three national headquarters, each controlling national troops.

With Estonian and Latvian forces reporting to a Danish headquarters headquartered partly in Denmark and partly in Latvia, NATO maintains two divisional and one corps headquarters. The other two headquarters are located in Poland. Further up the chain of command, NATO’s primary ground forces headquarters is in the Netherlands, but it rotates with its naval counterpart in Naples, Italy, every six months.

Has Putin overplayed his hand in Ukraine? 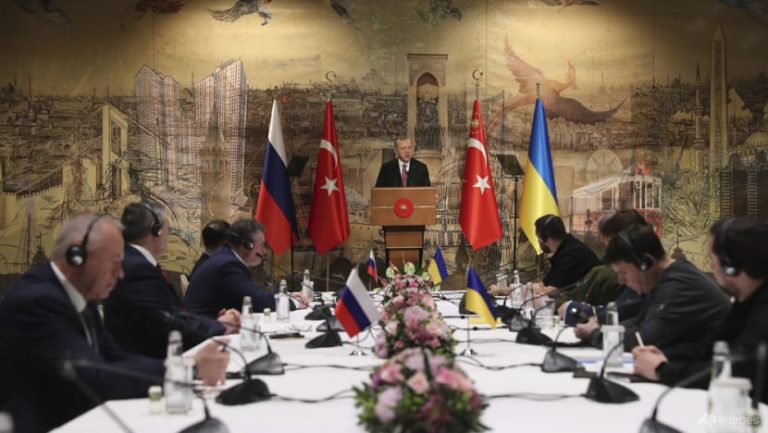 April 7, 2022
The military aid provided to Ukraine by Western nations signals the desire to back a fellow democracy whilst concurrently avoiding a catastrophic escalation with a nuclear armed Russia. Whilst this…