Covid-19 & the Language of War 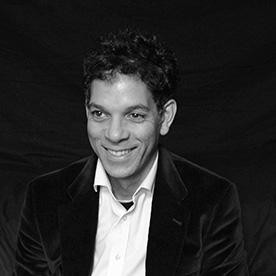 There is a war being fought, not only against the Coronavirus, but a war on and through language. In the UK, we have been ‘enlisted’ to ‘fight’ the pandemic by respecting social distancing and supporting our neighbours. Photos of health workers donning masks (not gas masks, but still redolent of military preparedness), references to the ‘front line’ and key workers being hailed as ‘national heroes’ have dominated the national discussion. A daily death toll is reported and our closest ally, President Trump has said, ‘we are at war’ with an ‘invisible enemy’. Prime Minister Boris Johnson, an early ‘casualty’ himself, has delivered galvanising speeches while hunkered down in his Downing Street bunker. And a 99-year-old war veteran has become a talisman for British spirit by completing laps of his garden to raise money for the National Health Service. The sentiment of togetherness is most inspiring, and the heightened vigilance is necessary, but is the bellicose tone and vilification of the virus really the most effective way to improve the nation’s health security? This article is a semiotic analysis of the framing of government response the COVID-19 crisis, and a consideration of other approaches that could indicate ways forward.

Semiotics is the inter-disciplinary study of signs and meaning. It is a technique developed in academia – now applied to many fields – devoted to looking at the way meaning is constructed through all sign systems including images and language. It helps us to better understand the power of associative thinking. Metaphor is not only has a vital role in language but it underpins the way we think.

Metaphors We Live By

In 1980, the US cognitive scientists Lakoff and Johnson wrote an influential book entitled Metaphors we Live By. Their point was that metaphors are not just for poets or sophists but are hardwired into our conceptual systems for making sense of the world and determining how we think – e.g. up being good, bad being down, or for instance thinking of our lives as a journey or a path. A metaphor is about describing one thing in the language of another but the source domain, what we are using to draw the parallel, is never neutral and brings its own taints and constraints. Their point is that by switching the metaphor, we tangibly impact how we reason, what conclusions we come to and what is even ‘thinkable’. They say that metaphors “sanction actions, justify inferences and help us set goals.”

I conducted a study of the semiotics of air purification in the USA. The products used codes and language borrowed from war – describing product functionality as 'seeking out, locking onto and neutralising airborne threats' extirpating the air of any threat and demonising dust mites and other particulates! This hyperbole distracted from other (homeopathic etc) solutions. This is one of the big dangers of the war discourse which blinds us to more sustainable, more counter-intuitive remedies.

This marketing technique is time-honoyred, in politics as well as in the corporate world. The US government’s war on drugs employed the vocabulary of warfare too and enabled the hypocrisy of allowing the demand to remain by focusing only on supply. Lakoff and Johnson cite President Jimmy Carter ‘deploying’ (it is extremely difficult not to adopt this war language) a war lexicon around the energy crisis: “The WAR metaphor highlighted certain realities and hid others. The metaphor was not merely a way of viewing reality; it constituted a license for policy change and political and economic action, it is important to realise that this was not the only metaphor available”. There is wilful denial in clinging to warlike words.

It is also a way of distracting from the real war going on – that on civil liberties. The shock doctrine conditions of lockdown have given opportunities to authoritarian governments to rush through rafts of illiberal legislation. Human Rights Watch has sounded the alarm on the threat to civil liberties.

War posits a relatively simple, us and them binary. But who is us and them in this strange scenario? And where is the front? Surely the frontier is both inside and out. This is part of the dread of this virus, like a contemporary horror movie, it lives within, amongst us, perhaps already infiltrates us.

Coronavirus is a systemic problem which needs a medical solution to treat patients, an epidemiological solution to stop its spread and microbiology to develop a vaccine. In the meantime, it is a global public health, public order, and economic problem. Yet, the war language persists. Rationally, what is called for is not to go on the offensive to pulverise this discrete yet hostile force, but to change the way we live. The interplay of these inter-dependent, interlocking and joined up systems just doesn't suit war language.

A lesson on inter-dependence is the whole point of the crisis from an international security perspective. The manifold challenges we face as a species are now compounded by our powerlessness in the face of a highly contagious, possibly ever-mutating mega virus.

To break things down even further, the appropriate belligerence the world really needs right now is forms of belligerent spirituality. The Dalai Lama has recently blogged on a need to surrender anger and greed, for ‘emotional disarmament’.  In Buddhism mythology, the only anger waged is the wrath wisdom of determination to maintain an adamantine mind against the poisons of craving, aversion, pride, envy and of course our delusions.

The Limits of War Metaphors

Rethinking our own current systems including health funding and the need to be more human centred overall can only be framed as a war in terms of confronting and combating ingrained prejudice, stale thinking, and vested interest.

George Orwell wrote in his classic tract, ‘Politics and the English Language’ that vagueness, prolixity and euphemism cloud meaning and that “every such phrase anaesthetises a portion of one’s brain.”

And he warns “but if thought corrupts language, then language can also corrupt thought. A bad usage can spread by tradition and imitation, even among people who should and do know better”.

Journalists who parrot a war discourse without scrutinising its petrifying effects should be more cautious. The worry is that the potential for mass awakening presented by the COVID-19 crisis will be lost due to the stultifying language being employed, which stifles critical thought. In the UK, once we have won a great victory a 1945 type euphoria will encourage us all to conveniently forget how unlike any ‘war’ this really was, despite our obvious loss and suffering.

Lakoff and Johnson query the metaphor ‘war as argument’ thus: “try to imagine a culture where arguments are not viewed in terms of war, where no-one wins or loses, where there is no sense of attacking or defending, gaining or losing ground… Imagine a culture were an argument is viewed as a dance…”

I recently found graphics of two competing metaphors we might utilise in our discussions over responses to this international health security crisis. The first is of the war metaphor:

An alternative is Pandemic as River and the healing that might come from thinking of it in this alternative way. The river and the associated ideas of flow are certainly more consonant with wisdom and acceptance.

Stanford Engineer Tomas Pueyo has suggested the metaphor of dance to represent the ways in which we consider our approach to coming out of lockdown.

Again, dance is a more subtle and nuanced way of thinking about COVID-19, since it needs to be negotiated. Since this period has also been conceptualised as a ‘sacred pause’ we could also think of it as a mass spiritual fitness kick, through cocooning away we will all undergo an internal change or cleansing, just as the environment is. If we can imagine that the infusion of something bad can trigger a wave of good, the virus is a spiritual inoculation. That our body politic was already infected by something sick and that ironically a virus that initially debilitated us will ultimately make it stronger. And perhaps, even though the population loses in the short term, we eventually win, and inner ‘surrender’ does NOT necessarily mean capitulation.

The war metaphor may have some uses in terms of alerting us to a very serious situation, and in terms of the emerging area of ‘health security.’ The terms of engagement when dealing with Covid-19 – because if it is a foe, it is a subtle one – must be nuanced to do the situation justice.