The Kurdistan Region in Iraq: A new front line in the Turkey PKK conflict? 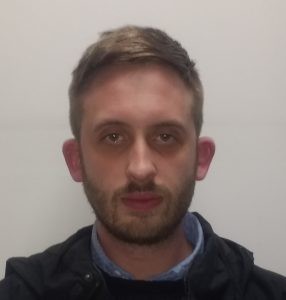 On July 17th, Turkish Vice-Consul Osman Kose was shot at close range as he met an associate in an upmarket Erbil restaurant. Taking place less than two kilometers from the main government district, the audacious killing of the Turkish diplomat is the strongest sign yet that the Kurdistan region in Iraq is at risk of losing its immunity to the violence and instability that surrounds it.

While the campaign against the Islamic State in Iraq and Syria has drawn much of the world’s attention, the long-standing conflict between Turkey and the Kurdistan Workers’ Party (PKK) has continued to play out in the background of both countries.

Turkey launched an incursion against the PKK’s Syrian affiliate in January 2018 and has repeatedly threatened to intervene again. In Iraq, it has carried out a sustained air-campaign and expanded its military presence on the ground in order to isolate the PKK’s headquarters in the near-impenetrable Qandil Mountains. The steep terrain that straddles Iraq’s border with Iran has long provided the PKK with a safe haven. But this now appears to be changing.

The success of the US’ relationship with Kurdish-led forces in Syria has heightened Iranian security concerns about its own armed Kurdish opposition amid rising tensions with the Trump administration. Iran has since stepped up military cooperation with Turkey, potentially restricting the PKK leadership’s ability to nimbly navigate the border and, for the first time, raising the possibility of a joint operation against the group and its Iranian offshoot.

New military technology is also shifting the balance of power in the mountains, with Turkey turning to unmanned aerial vehicles (UAV) to compensate for the disadvantages facing conventional forces across an expansive and hostile environment. In July, Diyar Garip became the first senior PKK figure to be killed in the Qandil Mountains after being targeted by a Turkish precision airstrike likely coordinated by UAV.

No group has claimed responsibility for the Erbil shooting, but Garip’s death and the growing pressure on the PKK provide a credible motivation. Speaking after the incident, PKK commander Bahoz Erdal denied involvement but accused Kose of being a Turkish intelligence agent tasked with targeting Garip and described the perpetrators as “sympathizers of the movement”.

The PKK is believed to have used front organisations to carry out politically sensitive attacks in the past and is currently under significant pressure from the local Kurdish authorities in Iraq, which accuses the group of dragging the region into an external conflict. In response, PKK-affiliated media organisations have trumpeted the formation of the Southern Kurdistan Self-Defence Forces, a nominally independent group drawn from local Iraqi Kurdish clans with the stated aim of resisting the Turkish military.

The exact relationship between this new group, the Erbil incident and the PKK remains unclear. But taken together, they indicate a growing willingness by the PKK and its allies to go on the counter-offensive in the Kurdistan Region of Iraq, with the Erbil attack demonstrating an unexpectedly sophisticated military and intelligence network.

The events in Erbil are particularly embarrassing for the region’s newly appointed prime minister, Masrour Barzani, who until recently led the regional intelligence services as head of the Kurdistan Regional Government’s (KRG) powerful security council. Masrour Barzani has already come in for criticism over the incident by figures close to former Prime Minister Nechirvan Barzani, one of the first public signs of rumoured tensions between the two cousins.

Nechirvan Barzani was effectively demoted to president as part of a deal brokered between the main factions within the ruling Kurdistan Democratic Party (KDP) and has looked increasingly side-lined by a new cabinet formed primarily of figures close to the new prime minister. To compensate for his waning influence, Nechirvan Barzani is believed to be seeking further backing from Turkey, a country with which he pioneered close political and economic ties under his premiership.

This leaves the KRG’s response to Erbil’s killing at risk of becoming entangled in a power struggle between its two most influential politicians: with Masrour Barzani under pressure to take strong action to restore his credibility and undercut Nechirvan Barzani’s efforts to gain further Turkish support.

Turkish pressure has brought Iraqi Kurdish forces into conflict with the PKK before, most recently in 2001. But with much at risk on both sides, there remain strong incentives against escalation. Already under pressure on several fronts, the PKK is unlikely to risk outright clashes unless left with little other option. Likewise, the KRG will be reluctant to enter a destabilising and unpopular intra-Kurdish conflict.

However, the underlying dynamics are set to remain, with military developments in Qandil and the political dynamic in Erbil leaving less and less room to avoid confrontation. Only a return to peace negotiations between Ankara and the PKK can offer a truly sustainable long-term solution: preserving stability in Iraq while laying the foundations for a new democratic settlement in Turkey and Syria.

Author: Niall Finn is Head of Research at the Centre for Turkey Studies (CEFTUS). The views expressed are his own and do not necessarily represent the views of CEFTUS.